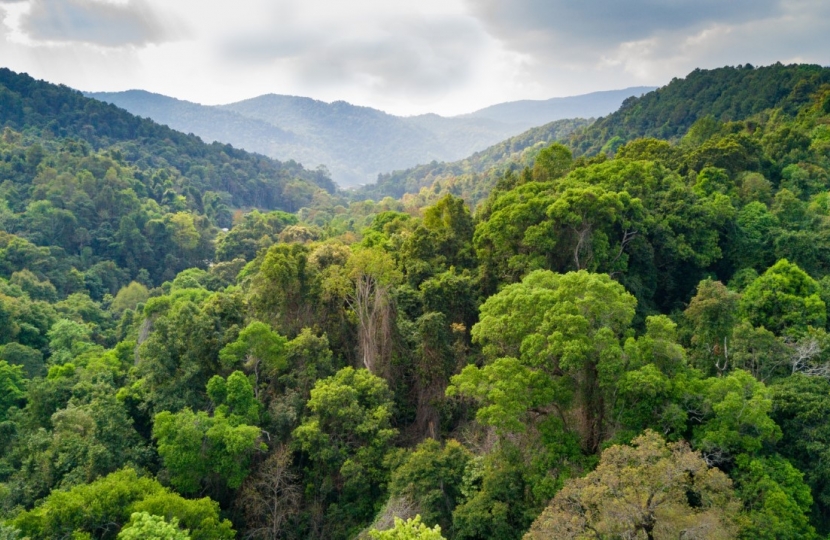 Richmond Park and North Kingston MP Zac Goldsmith, who was recently appointed as a government minister with responsibility for international forestry and marine issues, has welcomed the Prime Minister’s ambitious environmental commitments at the G7 Summit in France.

The £10 million will be invested through the UK Department for International Development’s Partnerships for Forests programme to support local communities to help protect the Amazon. The Government also pledged to double its commitment to the international Green Climate Fund over the next four years to £1.44 billion, which invests in projects tackling climate change and biodiversity loss.

Commenting on the commitment, Zac said, “the Amazon rainforest produces more than 20% of the world’s oxygen and is home to at least 10% of the known species in the world. The damage being done by the forest fires is irreparable, destroying homes and habitats, and releasing smoke, CO2, and toxic levels of carbon monoxide into the atmosphere and surrounding communities. So it’s absolutely right that the international community steps up to help and I’m proud that the UK has pledged £10 million to support local efforts to fight these devastating fires.”

The Prime Minister also backed calls for 30% of the world’s oceans to be protected by 2030, and expand the Blue Belt Programme, which is a series of marine protected areas spanning across the UK’s Overseas Territories.

On the oceans, Zac added, “The UK is already leading the way on ocean protection and we are making sure that we leave our environment in a better state for the next generation. We will continue to work with countries around the world to encourage them to sign up to our ambition to protect 30% of our world’s ocean by 2030, building a global coalition to ensure widespread effective protection of marine life and habitats. I am absolutely delighted that we are also expanding the UK’s magnificent Blue Belt programme to protect more than half of UK waters by 2020, including some of the world’s most valuable biodiversity hotspots.”