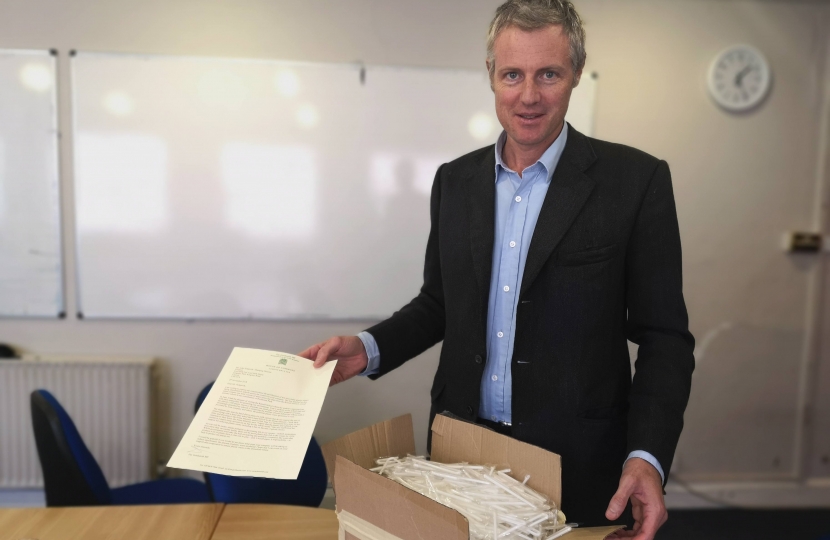 Year 3 students at the school had sent almost 1,500 plastic straws to Zac to illustrate the sheer quantity of waste unwittingly generated by schools. The students also sent Zac hand-drawn plans for milk cartons that do not require the use of straws along with a letter they asked Zac to hand to Prime Minister Theresa May.

Earlier in the year, Zac met the pupils at the school and then later in Parliament where he handed them a letter from the Prime Minister, praising them for their work and outlining steps being taken by Government to tackle the plastic problem.

In her letter, the Prime Minister said: “I agree that the plastic and rubbish in our oceans is a major issue, not just for us, but for the whole world. I am very pleased that you have taken the time to write to me to share your worries, and that you are doing what you can to help.”

Zac said:  “Plastic pollution is decimating life in our oceans – indeed, projections now show that, on current trends, there will be more plastic than fish in the oceans by 2050. Whilst governments must take the lead on tackling this problem, companies like Cool Milk that produce a lot of plastic have a vital role to play – and, I would argue, a responsibility – to help to protect our planet too.”