Zac secures cash boost to save endangered animals from poachers 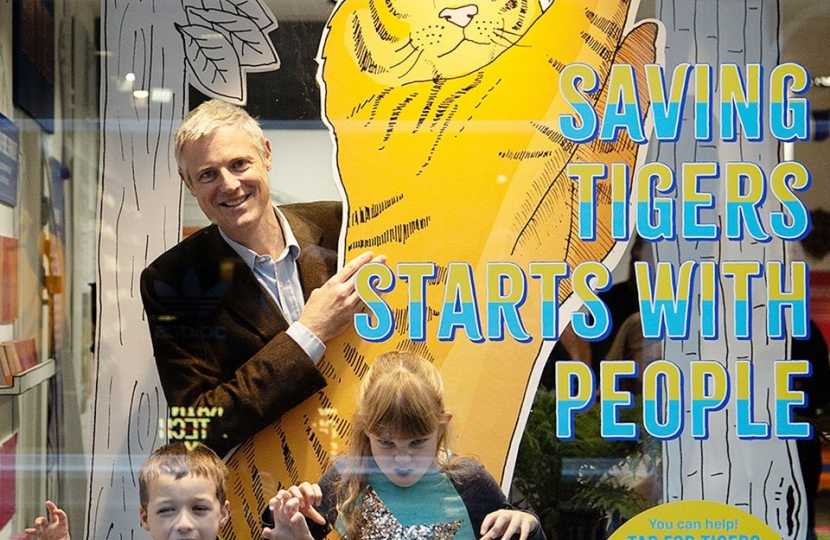 The MP for Richmond Park and North Kingston on Monday announced his commitment to double donations to save rare and endangered animals from poachers.

The International Development Minister visited a new Zoological Society of London (ZSL) pop-up shop in Carnaby street, and was delighted to hear about the work of ZSL. He announced that the Government would double every £1 donated to the projects, up to a cap of £2 million.

Through supporting vulnerable people and building sustainable livelihoods, the campaign aims to empower individuals to challenge poachers and to safeguard the natural environments.

During his visit, Zac announced that UK Aid will match pound-for-pound donations from the public to the new ZSL campaign to challenge the illegal wildlife trade in the Terai Arc Landscape in Nepal and the Tsavo Conservation Area in Kenya.

Speaking of his visit, Zac stated: “I was delighted to attend the ZSL’s pop-up shop and hear of the campaign to save rare and endangered animals from poachers. UK Aid’s commitment to double every £1 donated up to a pot of £2 million is fantastic in challenging the illegal wildlife trade in Nepal and Kenya. With the public’s help we can protect precious species from extinction and lift some of the world’s poorest people out of poverty”.