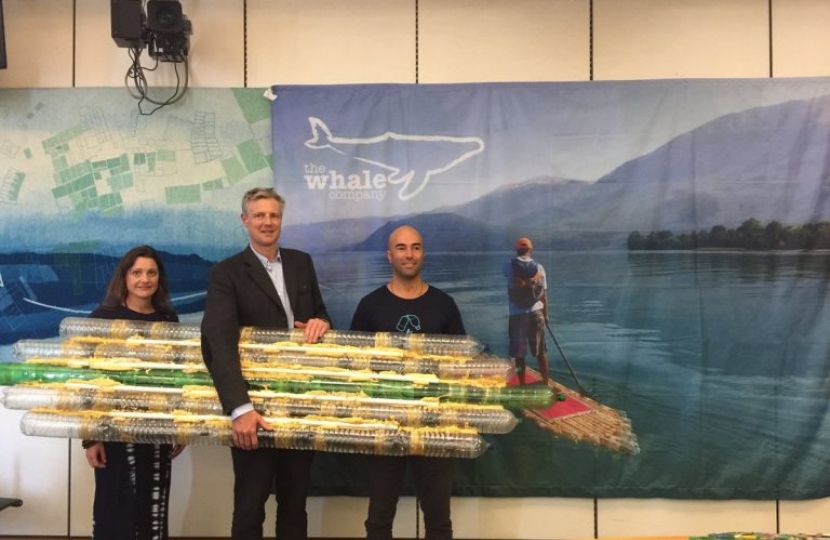 Zac Goldsmith MP hosted Carolyn Newton and Carlos De Sousa, founders of The Whale Company, on June 6 in Parliament, where they met with MPs and described their plans to paddle the length of the River Thames ‘from source to sea’ on a home made raft constructed from plastic water bottles.

From World Oceans Day on  June 8 to June 20, the two will paddle up to 20km every day. After June 20, they will continue to move along the Thames, making various stops throughout their “Source to Sea” journey. The couple will stop in Richmond on June 21, and their journey will culminate in a meeting at the House of Commons. The entire journey will total 300 km of paddling.