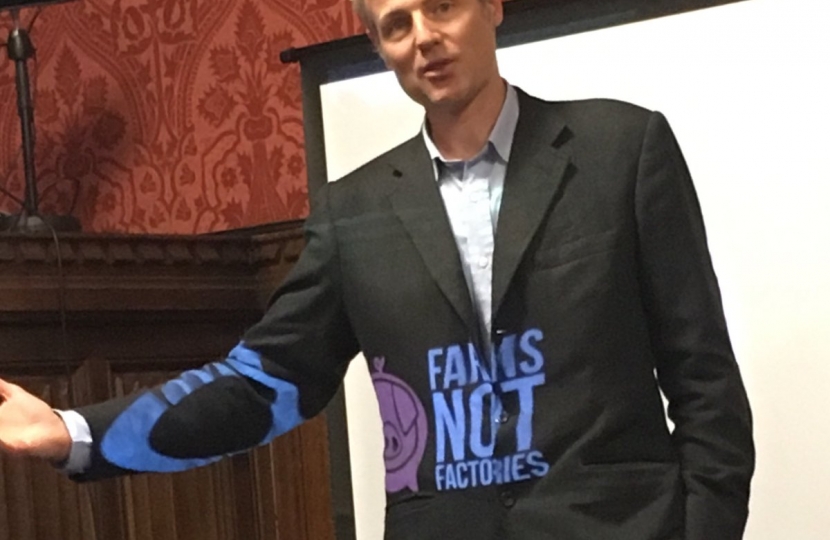 A campaign launch by the group Farms Not Factories opposes the construction of intensive pig farms in Northern Ireland. Zac’s event saw the screening of a film which highlighted the problems for pig welfare caused by poor quality, intensive farming.

Zac’s own speech highlighted the UK’s proud role as a world leader in animal welfare and the need to better incentivise high welfare farming, including through the Government’s Agriculture Bill, which will replace the EU’s Common Agriculture Policy of farm subsidies and see farmers paid on the basis on the public goods they provide – such as high animal welfare – rather than the amont of land they own.