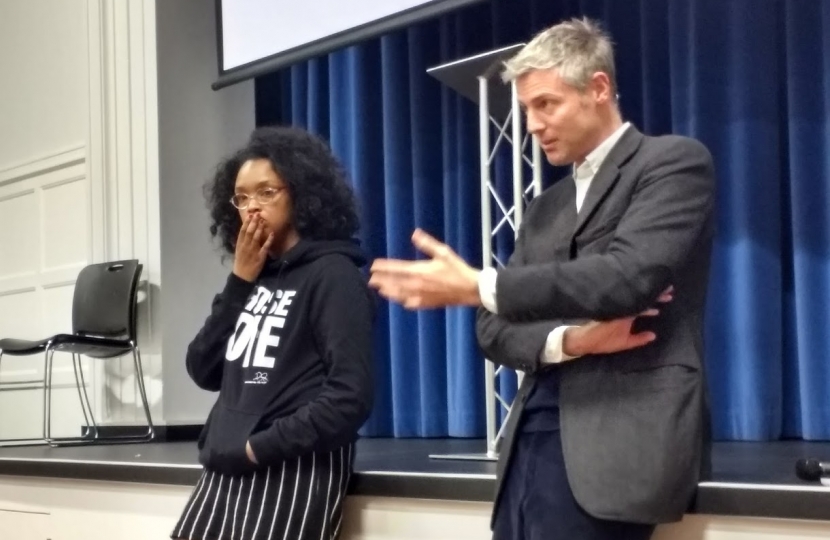 Zac Goldsmith’s FGM Bill successfully completed its Committee stage in Parliament on March 5th, and faces its final hurdle in a matter of weeks.

Last month, the Government had announced that it would provide parliamentary time for debates and votes on a bill proposed by the Richmond Park and North Kingston MP to protect girls at risk of female genital mutilation (FGM).

The Children Act 1989 (Female Genital Mutilation) (Amendment) Bill has already passed through the House of Lords, but was blocked from making further progress in the House of Commons by MP Christopher Chope, to outrage from Zac and FGM campaigners. The bill would allow judges in the family courts to issue care orders to protect girls at specific risk of undergoing FGM.

Following the blocking of the bill, cabinet ministers announced that they would back Zac’s bill and make sure that time in Parliament is made available for it to be debated and voted on, without being blocked by the actions of one MP any longer.

After passing its Second Reading in Parliament on Monday 25th February, the Bill faced its second hurdle on March 5th, where it received cross-party support.

Commenting, Zac said: “FGM is an appalling abuse and despite a concerted effort by Government to stamp it out in the UK, the practice continues and there has been just one successful prosecution against it in the UK. So there is more to do, and my Bill provides another vital tool that could see more young girls kept safe. I am grateful both to Government for making time for Bill, and also to MPs from across the political divide for giving it the support it needed in Committee.”