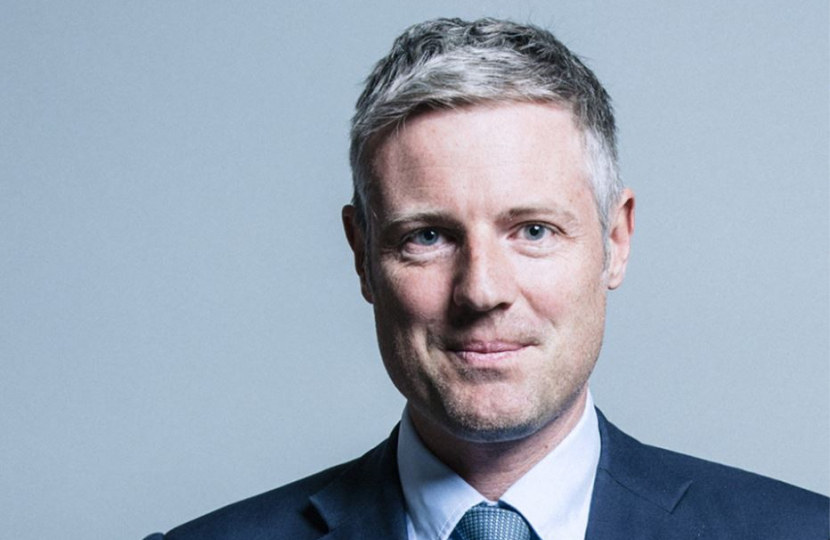 Thank you – it’s an honour to be here, at the end of an inspiring trip to Ecuador and Costa Rica, just a few weeks after a similarly inspiring visit to Peru and to Colombia – and to meet many of you here today at the Leticia Pact before COP26.

I could spend hours talking about the mesmerising beauty of this whole region, and the leadership – you really are at the epicentre of global ambition in relation to the biggest challenge that really any of us face.

And it has been wonderful to be able to spend time with friends – Andrea Meza, Carlos Correa, and Gustavo Manrique, three phenomenal leaders – and my new friends from Panama, and I’m looking forward to visit shortly.

You will be pleased to know I won’t spend hours talking about the mesmerising beauty of this area.

But I would like to share some thoughts, if I could on, what was achieved in Glasgow, at COP26.

The whole world heard the message from ambitious, nature-rich countries – as well as climate vulnerable nations around the world – and many of those vulnerable countries, and small island developing states.

Prime Minister Mottley spoke powerfully about the urgent need to keep within 1.5 degrees, and to provide greater support for communities that are being devastated by a global crisis that is not of their making. And the extraordinary Roxana Borda Mamani, a passionate, eloquent young Quechua activist from Peru – who I met when I was out there – spoke so movingly at COP on the need to empower indigenous peoples and local communities.

I can’t pretend – and I’m not going to pretend – that we closed the gap between where we are and where we need to be if we’re truly going to address these big issues and reverse the degradation of the natural world, and the climate change that threatens us all.

But undoubtedly, we did narrow that gap considerably – and far more, I think, than people had anticipated. And we built a momentum. We kept alive the possibility of staying within 1.5 degrees.

We agreed measures that undoubtedly signal the end of the era of coal – and 2021 was the year that killed-off international public financing of coal power. And we’re accelerating the transition towards renewable energy, including green hydrogen.

We finalised the Paris rulebook – including the all-important Article 6. And a new rachet mechanism – which has been under-reported, but is hugely important in my opinion – will help us to keep the pressure year on year.

And I’m delighted that the UK is investing £100 million to respond to the critical recommendations of the Taskforce on Access to Finance that we co-chair alongside Fiji.

And although we didn’t reach the promised and hugely important $100bn figure – we are continuing to urge donor countries to make good on that promise as we continue our presidency, and we have a good plan to achieve it and we are optimistic that we will.

But the thing that made this COP different to previous COPs – and I think so important – was that nature moved from the very margins of the debate on climate change into the heart of our response to it.

And that matters because we know – you know better than anyone – that there is no credible pathway to tackling climate change or to achieving net zero that does not involve massive emphasis on protecting and restoring nature.

And the beauty of backing nature is that doing so allows us to address so many other issues as well – pollution, poverty – even, as we now know, pandemics.

Nature based solutions are undoubtedly the most effective – but they’re also the most cost effective, and we need to back them. And between us, I think we won that argument at COP – and I don’t see any going back.

It was the bravery and the leadership that was shown by big-ocean, big-nature countries, many represented here today, that enabled the UK presidency to be as ambitious as we were, enabled us to make – and win – the arguments in favour of protecting and restoring nature.

And for that I’m so grateful to you here today.

The Glasgow commitment to halt and reverse forest loss and land degradation by the end of this decade – by 2030 – was signed by 141 countries representing over 90% of the world’s forest cover.

And that declaration is more than just a paper declaration. It is reinforced by

Each of them committing to align their purchasing and their portfolios not only with the Paris goals, but with our deforestation goals as well.

28 countries are now working together to break the link between agricultural commodity and deforestation – while also supporting livelihoods and increasing sustainable trade.

And that’s been backed up, I’m thrilled to say, with a £500m commitment from the UK. And is bolstered also by a growing move by consumer countries to introduce due diligence legislation, the sort that we have already introduced in the UK, designed to help strengthen forest governance around the world and reduce the impact of our own supply chains on other countries.

And there was one indigenous leader at COP, who I had the pleasure of meeting and said, “We’ve protected 80% of the world’s forest biodiversity without any support at all, often in the face of acute danger; can you imagine what we’re going to be able to will do with support?” So working with Indigenous communities will be central to what we do – not least through the commitment that we’ve made to the Amazon.

The UK made it on the back of my visit to Carlos Correa in Colombia and friends in Peru – we were able to make that commitment to support the extraordinary work that’s happening in critical parts of the Amazon, but also through the LEAF coalition which I hope will grow considerably in the coming year.

Now the UK remains presidency of COP until we hand over all of it to Egypt towards the end of this year. And our commitment is that we will do all we can to inject scrutiny and accountability at every level to ensure those promises are honoured in full – and that we build upon them.

So there’s a lot to be done – and I look forward to working with the most ambitious countries in the world, many of them here today.

But we’ve seen also that even the more reluctant countries, and companies, and indeed institutions are feeling pressure. They’ve seen that we are taking albeit small steps, but important the steps, towards shifting the immense power of the market away from destruction, towards resilience, and sustainability, and renewal. That shift is now happening.

But we need more pace, and we need more urgency – and the only way that’s going to happen is if governments in particular use the levers that are uniquely in their control.

Governments set the rules. We have the ability and the responsibility to adjust those rules such that pollution, degradation, and waste become an unbearable liability, and that the market learns to recognise the true value of those natural systems on which we all depend.

This is a critical year for us all. We’re going to have to work together to ensure all the decisions we take at the various landmark moments this year add up to more than the sum of their parts – and that we put the world genuinely on a road to recovery.

And we’ve got a big opportunity, if we agree a new global agreement on marine litter and microplastics at UNEA, to help accelerate the shift towards more a circular economy, and a new and ambitious Global Biodiversity Framework at the CBD COP15 – with mechanisms that will enable Parties to be held to account.

Many of you are playing critically important roles, and I’m so grateful to you.

When Costa Rica, and Colombia, and Ecuador, and Panama made their announcement – this extraordinary vision of a new highly protected, highly connected marine reserve, covering a staggering half-a-million km2 of ocean, I can tell you, as someone who was there in COP, cajoling countries, trying to get everyone to raise their ambition, that moment really sparked something good, a green arms race at COP – with countries beyond this continent wanting to try and engage in, and bask in the glory that they could see these four countries were enjoying on the back of their announcement.

It really helped to raise ambition – it helped us – so again, I’m so grateful to you. It is exactly the ambition that we all need – and the UK committed at COP to supporting their initiative, we made a small, tentative step towards doing so today.

And as I was able to tell my friends in those 4 countries, the UK will commit £2 million to help kickstart the process – but that is the beginning of a longer-term relationship. And there is no good reason we can’t make this the decade that really begins to turn things around – and reconcile our lives with the natural world.

As I met the President of this country, President Alvarado, yesterday I said that is undoubtedly the defining challenge of our age. And we will all be judged on the basis of whether manage to do that. So I really look forward to continuing to work with these ambitious countries here in this region.

And Andrea, thank you once again for inviting me, for looking after me over the last couple of days, giving me so much of your time – but much more importantly for the amazing, global leadership that we need now.

Thank you so much.