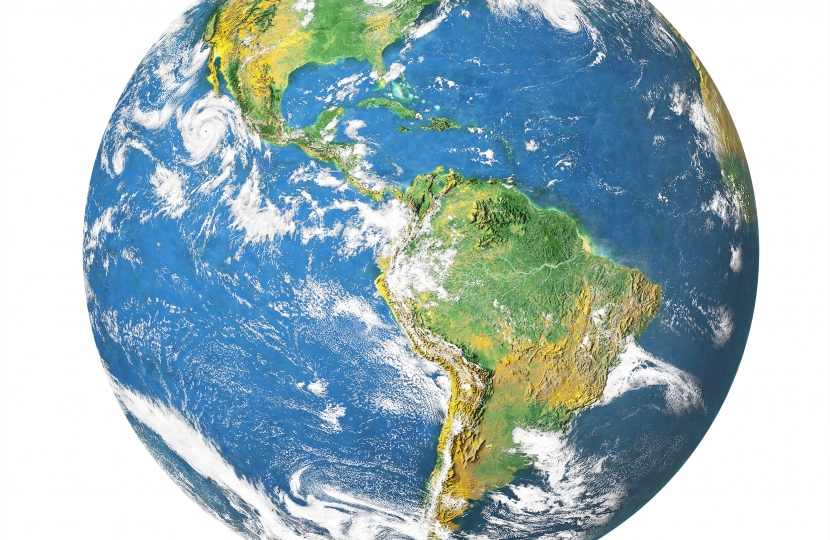 Zac Goldsmith MP heard from around 30 of his constituents, who were among an estimated 12,000 people lobbying their MPs for urgent action on the natural environment and climate change.

In the largest-ever environmental lobby of parliament, people from all corners of the UK were represented, with at least 300 MPs coming out to meet with their constituents. The Richmond Park MP was taken to meet constituents in the area surrounding the Palace of Westminster. At 14:00 lobbyists rang phone alarms and alarm clocks to symbolise that ‘the time is now to act’.

Constituents urged Zac Goldsmith MP to pass ambitious new laws that create a healthier environment for people and wildlife, and to support measures that end the UK’s contribution to climate change by 2045.

The day also saw leaders from different faith communities, including former Archbishop of Canterbury Rowan Williams, gather for a ‘Walk of Witness’ from Trafalgar Square down Whitehall.

‘The Time is Now’ lobby was organised by The Climate Coalition and Greener UK, two coalitions combining more than 130 organisations and representing over 15 million people – ranging from aid agencies CAFOD, Christian Aid and Islamic Relief to community groups including the Women’s Institute and environmental organisations such as WWF, National Trust and Friends of the Earth. It follows global environmental protests, and the declaration of a climate and environment emergency by the UK parliament.

Zac Goldsmith MP  said:  “It was inspiring to see the scale of the lobby outside Parliament and to meet my constituents yesterday at what was biggest ever such lobby for climate, nature and people. I heard their views and I fully agree with them - The Time Is Now for action in order to create a cleaner and healthier world.”

Shaun Spiers, Chair of Greener UK, said:“The broad range of people and organisations supporting the lobby shows the feeling across the country that urgent action is needed, starting with an ambitious environment bill and policies that put us on track for net zero emissions by 2045. The time to act is now.”

Tanya Steele, Chief Executive at WWF, said: “Public concern for the environment is at an all-time high, and for good reason. We are destroying the planet, and jeopardising the survival of people and wildlife. Our leaders must make bold decisions now and commit to invest in technology and policies that accelerate emissions reductions and put nature on the path to recovery.”

Director-General of the National Trust Hilary McGrady said: “It is incredibly encouraging to see so many people here today, standing up for nature together. I’ve seen first-hand the impact of nature’s decline and a changing climate on our fields and forests, built heritage and beaches - from species of wildlife diminishing to erratic weather damaging our historic properties. We’re working hard to restore nature and find ways to adapt but are facing increasingly tougher challenges.

“It doesn’t have to be this way. We can be the first generation that leaves our seas cleaner, cities less polluted, and wild places healthier than when we found them. But to do so, we need the government to take urgent action.”

Thameenahkara, 19, who travelled from Coventry to meet her MP, said: “Climate change needs to be acknowledged more and bolder policies need to be taken to ensure that we have a future.

“Those who have contributed the least are the most affected by droughts, storms and flooding. People are already suffering, losing homes and livelihoods and going hungry and malnourished because of the relentless use of fossil fuels in the global north. We need to look after the earth, so that it, in turn can look after us and generations to come.