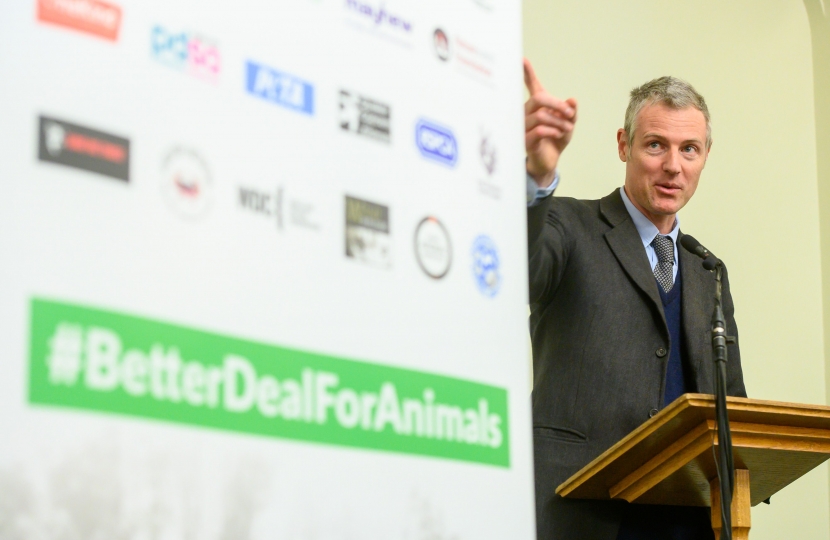 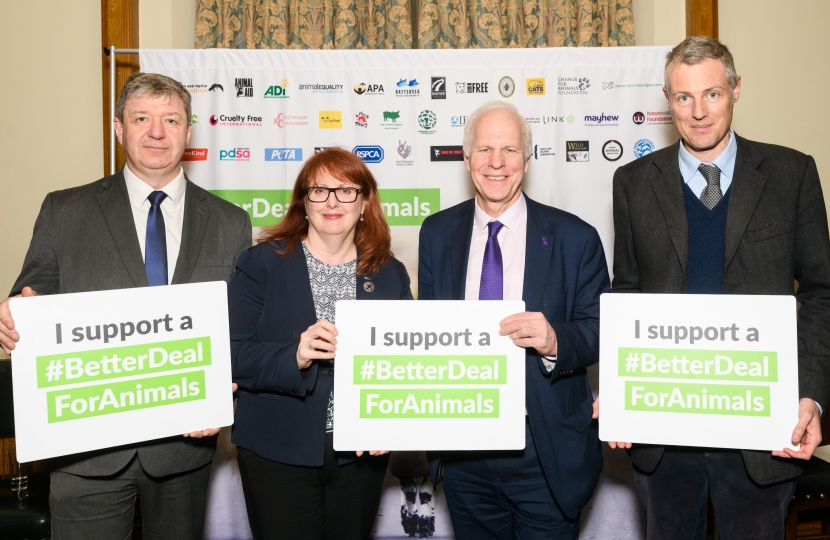 Zac Goldsmith MP sponsored an event in Parliament on Tuesday 26 February 2019 with colleagues from across the political divide – and a coalition of 36 organisations committed to improving animal welfare. Michael Gove MP, the Secretary of State for Environment, Food and Rural Affairs, gave the keynote address.

The event saw the launch of a new #BetterDealForAnimals campaign, to help make sure that animal welfare improves after Brexit. The campaign is calling for animal sentience to be explicitly enshrined in UK law, as it is in the EU, and for any future legislation or Government policy to fully take into account its impact on the welfare of animals. Without this, the UK Government’s current planned legislation will weaken protection for animals across the country.

New research shows that 79% of people across the London region want animal protection laws to be maintained or strengthened post-Brexit.

Zac Goldsmith MP said: The UK has a proud record on animal welfare. We are ranked joint 1st on the World Animal Protection’s Animal Protection Index. And we have seen strong action from this Government, mandatory CCTV in slaughterhouses, a comprehensive ivory ban, the end of many plastic microbeads, the most ambitious marine conservation programme ever, stiffer sentences for animal cruelty, and much more besides. Brexit means we will be leaving the disastrous Common Agriculture Policy, and replacing the system with one that explicitly pays landowners for looking after their land and wildlife. But in order to prevent any slippage, we do need to enshrine in UK law the principle of animal ‘sentience’. It exists already in EU law, although it applies only to certain sectors and is by no means a gold standard. Under Eu law, fur farming, veal farming, fois gras and bull fighting are all perfectly legal. We have a chance to go much further, and the Government needs to sieze it.”

Zac Goldsmith has also co-sponsored an Early Day Motion EDM on the issue.

Note: Members of the public can back the #BetterDealForAnimals campaign at https://protect-eu.mimecast.com/s/BmiQCK13nCLE2nZfMV8O5?domain=wcl.org.uk