Zac Goldsmith: Let’s act on trophy hunting – and begin to turn back the tide of extinction 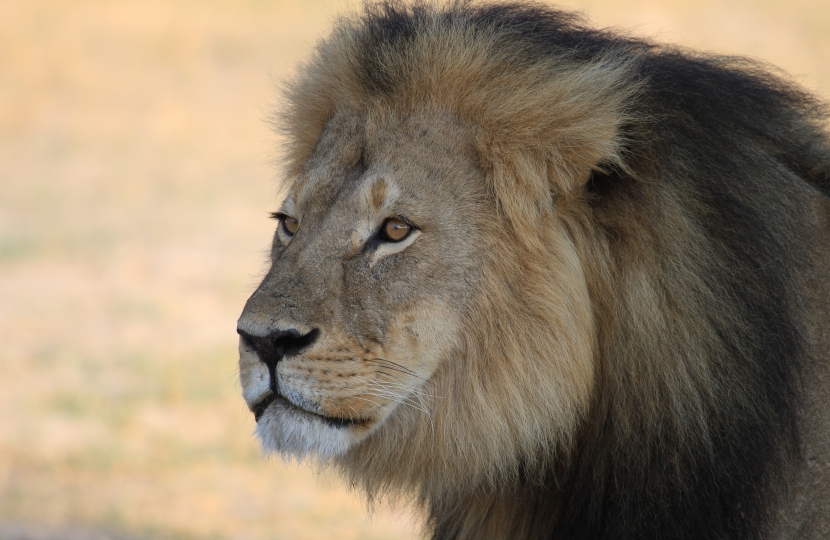 Clearly we cannot ban trophy hunting overseas, and it is not our place to do so. But we could reduce demand for it, writes Zac Goldsmith for Politics Home:

Global nature is in crisis. We have just had sight of the most comprehensive-ever assessment of the state of nature, the IPBES report, and it makes for truly grim reading. A full 25% of all animal and plant species in the world are at risk of extinction.

It is an environmental tragedy, but it is also a threat to humanity on at least the same scale as climate change, and we urgently need to act.

Clearly trophy hunting isn’t the main cause of this disaster – but it matters. It matters because it shows in the plainest possible way how we have failed to put a meaningful value on the natural world.

Morally, trophy hunting horrifies the vast majority of the British public. It is depressing if the best we think we can do for beautiful and endangered creatures like lions, elephants and rhinos is for wealthy Westerners to pay thousands of pounds to shoot them. And when we see horrific stories like that of the shooting of Cecil the Lion in Zimbabwe in 2015 or of hunters posing gleefully next to their kills, most of us are repulsed.

But we can’t make policy on emotion alone. There are conservation arguments that have to be considered too, and we should acknowledge that some conservation experts support trophy hunting as a means of generating money for conservation. So it is important those claims are examined.

The argument is that hunting fees can be spent on preserving vital animal habitats that could otherwise be lost to agriculture or investing in local communities. But whilst I have no doubt that there are examples of better practice along these lines, there is plenty of evidence that these are the exception,

I have been struck by the way that pro-conservation arguments for trophy hunting are phrased. Trophy hunting is ok if it’s properly regulated, if the fees go to local communities, if it’s sustainable. It is an argument for something that just doesn’t exist on a wide scale.

In fact there is very little widespread evidence that money from trophy hunting is genuinely reinvested in protecting habitats or helping local communities. And there is much evidence that the opportunities in tourism are far greater. It is estimated, for example, that an elephant is worth 76 times more alive than dead.

Nor is there any doubt that the legal hunting trade is often used as a cover for the illegal trade in animal products, against which the UK has taken such a strong stance. After all, we banned the legal ivory trade in the UK precisely because it was incentivising the illegal trade.

The conservation argument has also come under intense scrutiny. One report produced for the IUCN tells us that 40% of the big game hunting zones in Zambia, and 72% in Tanzania, are now classified as “depleted”, because the big game has been hunted out of these areas.

In addition, hunters invariably prize rare species, meaning that the most endangered species are disproportionately targeted. And of course they prize the biggest and most impressive of those animals, such as the elephants with the largest tusks, meaning that trophy hunting also risks weakening the gene pool.

Finally, there is the practice of canned hunting, in which animals are bred to be hunted and shot like fish in a bowl. It is not reflective of all trophy hunting, but it is on the increase, especially with lion farms in South Africa. As well as the ethical horror of breeding animals just to shoot them, these farms supply the trade in lion bones, which in turn fuels the illegal trade in these products.

Clearly we cannot ban trophy hunting overseas, and it is not our place to do so. But we could reduce demand for it. Australia and France have banned the import of lion trophies, and the Netherlands has gone further and banned trophies from several threatened species.

Ministers have said they want to “be cautious” because there is a genuine debate on the issue. That is understandable. But surely the cautious thing to do is to introduce a ban, or at least a moratorium now on trophy imports from those species that are listed as threatened or endangered, until the evidence is clearer.

I understand that if we are to truly take a lead in this area and stop trophy hunting, we need to offer something better. At present, we spend a tiny fraction of our aid money on the natural world as a means of alleviating base poverty – that has to change. We need to raise our ambition for the natural world. By placing a higher value on animals alive rather than dead, we will begin to turn back the tide of extinction.