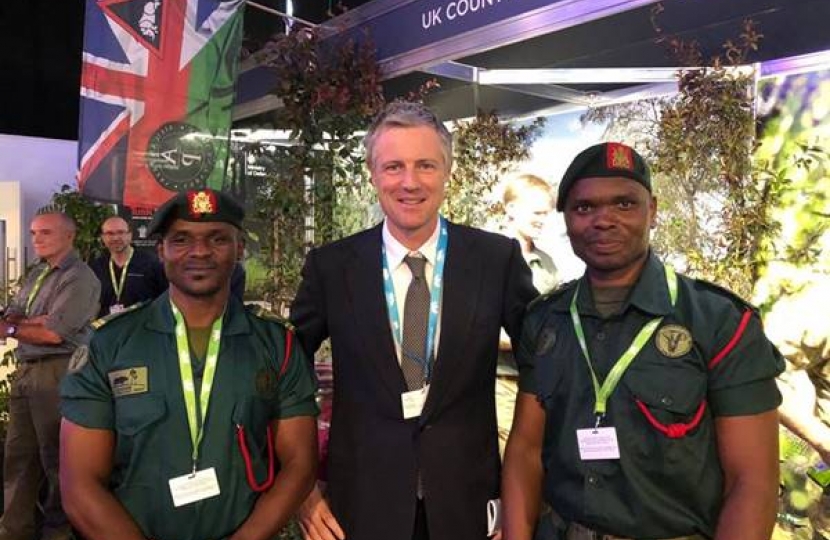 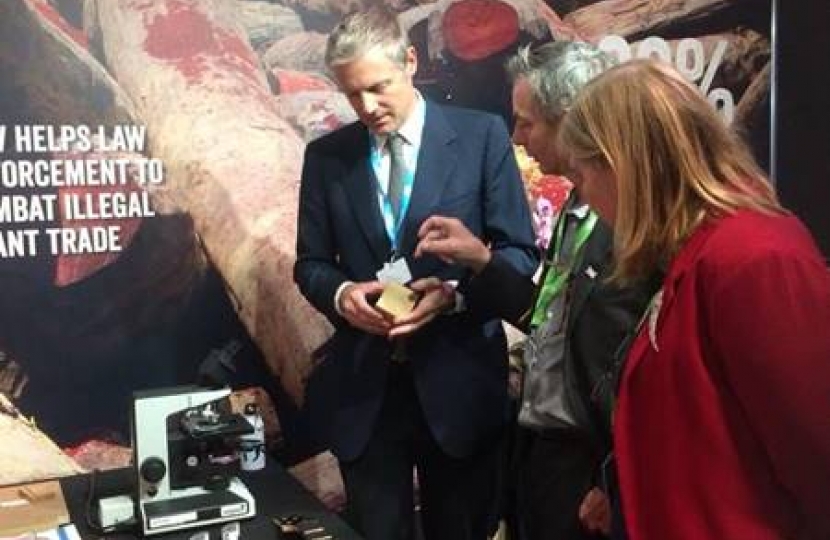 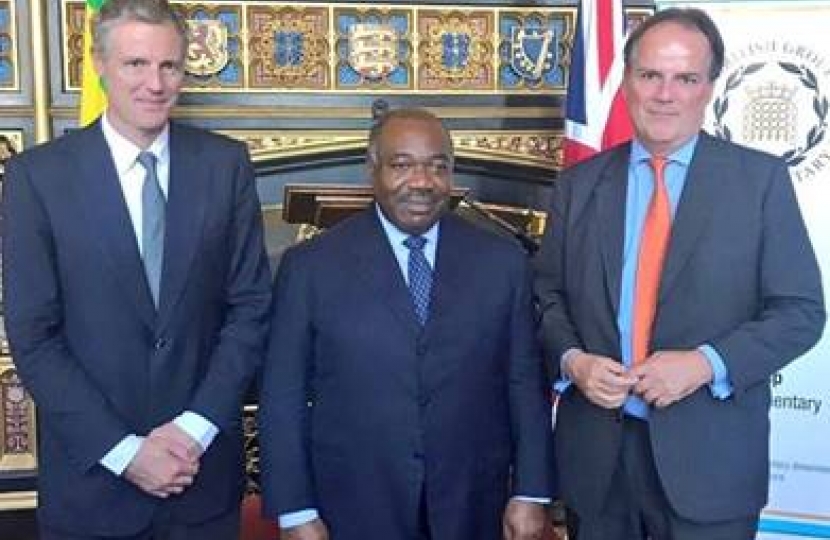 Zac, who was appointed as the conference “champion” in July, has helped to co-ordinate the government’s IWT work across the Foreign Office, the Department for International Development, and the Department for Environment, Food and Rural Affairs. He addressed delegates at the two day event from over eighty countries and numerous businesses, charities and campaigning organisations, and implored them to do all they can to stamp out a trade worth at least £17bn a year – the fourth biggest after the trafficking of people, drugs and weapons.

The conference was addressed by Prince William and heads of state from countries dealing with the most stark effects of IWT such as Uganda, Botswana, Gabon. It showcased the work of private sector taskforces on e-commerce, finance, travel and transport to drive efforts to stop the trade in wildlife products in their sectors. The UK Government announced further measures to protect wildlife through spending more on protecting key forest habitats where species like orangutans and tigers are threatened, and working with countries in Africa to create “green corridors” of protected areas for migratory species like elephants.

Commenting, Zac said: “The Illegal Wildlife Trade is a major contributor to the decimation of global nature – and when we’re losing an elephant every 25 minutes and four rhinos per day, and lesser-known species like rosewood and pangolins top the list of most-trafficked species – we cannot act quickly enough. As an environmentalist, I care deeply about what is happening to these iconic species, but this is also about people too. When we destroy nature through overfishing, deforestation or poaching, it is people – often the very poorest – who bear the brunt. This conference was a brilliant event to keep up momentum – it needs to be followed up with real action.”