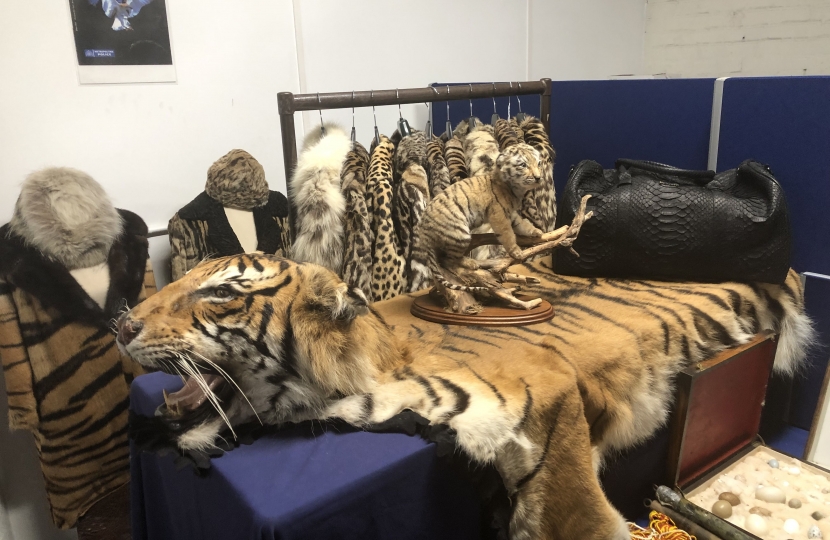 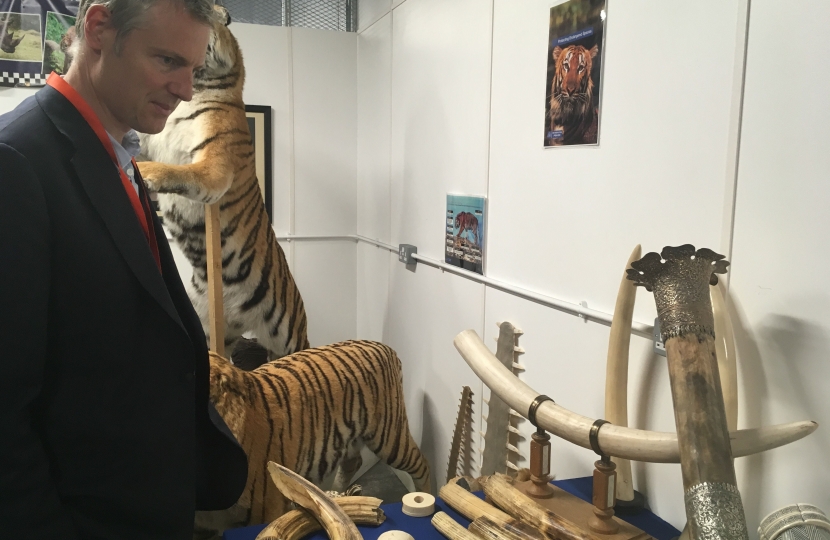 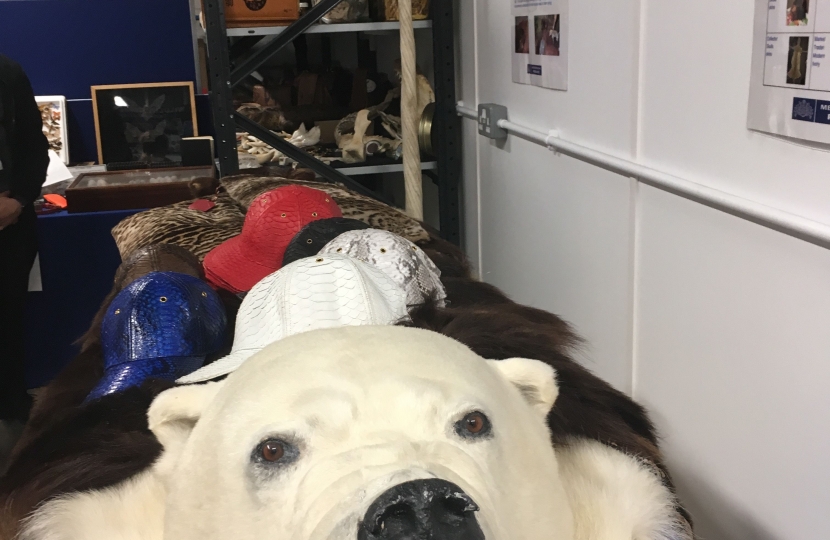 Richmond Park and North Kingston MP Zac Goldsmith, who last year was appointed as the Government’s Champion for the Illegal Wildlife Trade Conference, was invited to see the work of the Metropolitan Police’s Wildlife Crime Unit at their base in Lambeth.

The police officers at the unit gave a presentation on the nature of wildlife crime in London, including badger baiting and deer hunting, and Zac then took part in a tour of the unit’s collection of seized illegal wildlife products.

The Wildlife Crime Unit is a small team that covers the whole of the Greater London area, and it has a strong record of pursuing wildlife crime across the city. Zac has a longstanding interest in protecting wildlife and has recently tabled an Early Day Motion in Parliament calling on the Government to provide permanent funding for the National Wildlife Crime Unit, which operates across the UK.

Commenting after the visit, Zac said: “The Met Police is working really hard to combat crime across London in extraordinarily challenging circumstances. Whilst its focus is rightly on problems like knife crime and burglary, the small team working on wildlife crime are unsung heroes. People who harm wild animals or trade in their illegal products should be punished for it, and I will always support the Met as they carry out their vital work in pursuing them.”