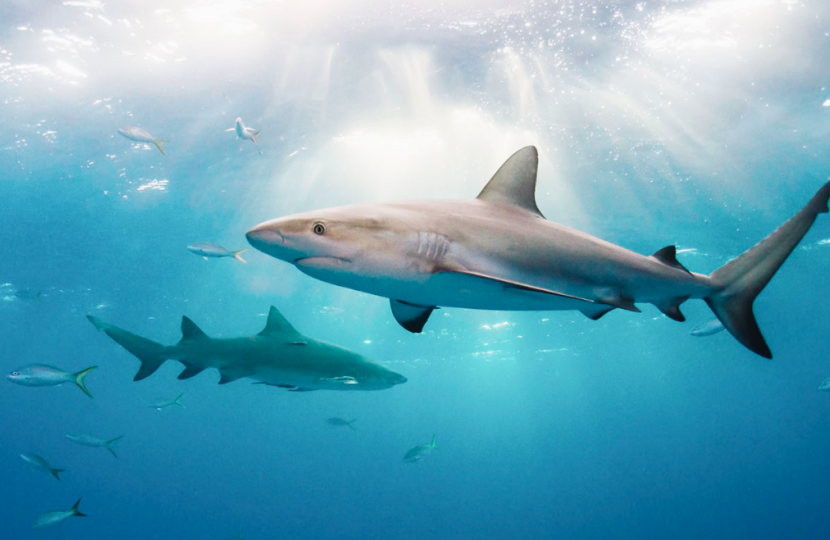 The UK aims to be the first country to comprehensively ban all importation and exportation of shark fins and related products.

The UK plans to introduce a comprehensive ban on the shark fin trade.

The British government recently announced that it will prohibit all importation and exportation of detached shark fins, in addition to all and any products containing the controversial ingredient.

The UK is the first country to propose such comprehensive restrictions. Animal welfare minister Lord Goldsmith published the details in a release from the Department for Environment, Food & Rural Affairs last month. However, the exact date of the ban is yet to be announced.

Finning involves the removal of fins, sometimes while still alive. Frequently, fishers discard the rest of the shark. It’s cruel, wasteful, and incredibly bad for the environment.

“Shark finning is indescribably cruel and causes thousands of shark[s] to die terrible deaths,” says Goldsmith. “Our action will not only help boost shark numbers, it will send a clear message that we do not support an industry that is forcing many species to the brink of extinction.”

The UK banned shark finning in its waters back in 2013, but conspicuous defects in the legislation left room for the shark fin trade to continue. Existing restrictions are comparable to bans on the production of foie gras, veal, and fur that also fail to address continuing international trade.

The 2013 shark finning ban still allowed the importation of up to 25kg of shark fins for “personal consumption.” While a Greenpeace Unearthed investigation revealed that Britain exported over 50 tonnes of fins between 2017 and 2019 alone.

People hunt these 450 million year-old animals for their unique meat, organs, hides, and fins for use in controversial (but enduringly popular) dishes and medicines. But overfishing and other environmental problems also have a significant impact on depleted shark populations.

“It is encouraging to see the UK addressing the fin trade as an element of overfishing: the principal threat to sharks and rays,” says Ali Hood, Director of Conservation for the Shark Trust. “And we’re noting that the UK is ramping up its engagement in domestic and international shark conservation issues.”

Why are sharks important?

Sharks are a keystone species, making them absolutely essential for the continued health of their ecosystems and the marine environment in general.

They even store carbon within their bodies, and disrupting the natural cycle of life and death by hunting sharks contributes to climate change (which is yet another factor in their diminishing population).

Out of more than 500 varieties of shark, the IUCN now lists 143 as “under threat,” with various species ranging from “vulnerable” to “critically endangered.” Two specifically listed by the British government are the short fin mako and blue sharks, both ravaged by unsustainable fishing practices.

“Sharks have been around for millions of years and play a crucial role for the health of our oceans,” says shark conservationist James Glancy. “Yet, as a consequence of human activity, many shark species are critically endangered and face extinction in some regions.”