Tory Leader candidates can shun climate change now, but the public will make them pay 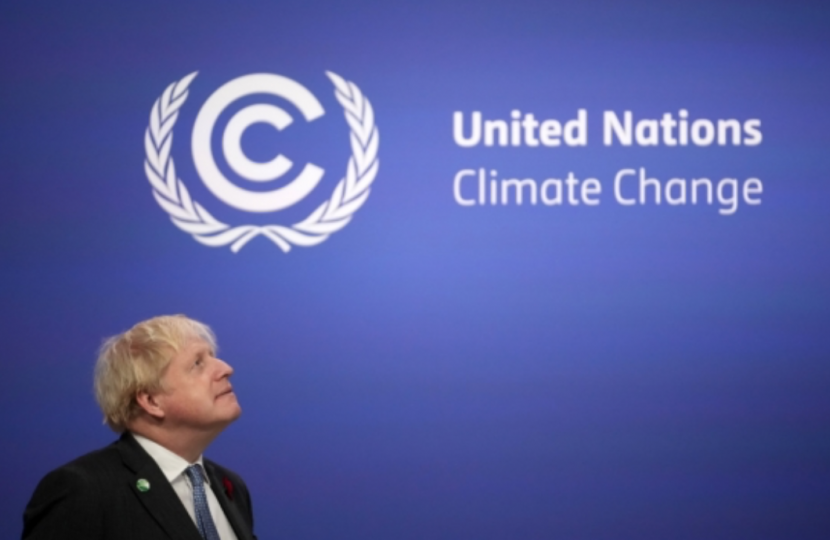 To read the article in its original form at inews.co.uk, please click HERE

There are some obvious commitments I hope candidates will be willing to make.

Boris Johnson’s international leadership on the environment has been head and shoulders above his predecessors and his departure undoubtedly puts that at risk.

I know not everyone accepts that view, and some will point to issues here at home such as sewage in rivers and dramatic biodiversity decline as proof. But while it is right to say these issues merit much more action, it is also true that our environmental laws today are much stronger than they were when Boris Johnson became Prime Minister.

There is more funding for nature, more protected areas, stronger laws on polluting companies, more action on plastic pollution and the UK is one of the only countries in the world with legal targets to reverse biodiversity loss. On animal welfare we have seen the biggest shake up of laws for a generation. There is vastly more to do, but we have moved forward.

Where the UK has excelled is on the international environment. The UK has played a defining role in leading global coalitions on nature; for example the “Leader’s Pledge for Nature” signed by 100 world leaders; the campaign to protect 30 per cent of the world’s land and sea by 2030; successful agreement for a new global treaty on plastic pollution; securing unprecedented commitments from G7 states on nature. Our Blue Belt of marine protected areas around UK Overseas Territories covers an area roughly the size of India, and has grown considerably in the past two years.

At Cop26 we secured commitments from countries with over 90 per cent of the world’s forests to end forest loss by 2030, and $20 billion to help them do it. We persuaded financial institutions with nearly $9 trillion in assets to commit to reconcile their portfolios with nature.

The UK is winning the argument that we cannot tackle poverty, climate, food security or any number of other challenges unless we mend our relationship with nature. And that approach has paid dividends. British ambassadors around the world are clear that our climate and environment diplomacy has helped us directly in relation to securing support on other important international issues. This is why in recent days I have heard from numerous international leaders and ministers worried about the future of British leadership.

So it matters where the candidates for the Conservative leadership stand. But as we assess their reliability, it would be a mistake to focus purely on “net zero” because, without wanting to sound complacent, this is one area where candidates will have a minimal impact before the next election.

The market is racing ahead of the politics, and the clean energy transition is inevitable regardless of who takes over. The price of renewables has collapsed and most no longer rely on government support. Globally far more money is invested in new renewables than in fossil fuels. Financial institutions with over $130 trillion in assets are committed to net zero by 2050, and 90 per cent of the global economy is also now covered by net zero commitments, up from just 30 per cent before COP26. Nations know that the clean energy transition is where jobs, growth and security are. It is not realistic to imagine the UK wanting to stand alone, clinging to a system that is becoming obsolete.

But there is nothing inevitable about nature recovery. And without nature, we are finished. For example if the vast Congo Basin dries up, so too will rainfall for much of Africa, and with it the agriculture that feeds hundreds of millions. The humanitarian and subsequent refugee crisis would be more than the world could cope with. If we fail to stem the terrifying rate of ecosystem collapse in our oceans, hundreds of millions of families that depend on fishing will be rendered destitute. No thinking person can dismiss these as peripheral concerns.

As candidates consider their positions, it should help them to know that the environment features near the top of an overwhelming majority of voter’s priorities. In one recent study by Portland 73 per cent of people in the UK feel that “improving nature in your local area” is very or somewhat important. Just six per cent believe it is not. For 2019 Conservative voters the number jumps to 77 per cent. Nearly half of voters polled would be less inclined to back a party that didn’t take these issues seriously.

There are some obvious commitments I hope candidates will be willing to make.

On the UK environment, will they honour our commitments to protect 30 per cent of our land and sea by 2030 and to turn the tide on biodiversity loss by 2030? Will they support the Blue Belt and continue our programme of creating highly protected marine areas? Will they heap more pressure on water companies to stop polluting our waterways? Will they support the transition to nature-friendly farming?

Internationally, will they champion the highest possible ambition at the biodiversity COP in Montreal this year? Will they continue to lead coalitions of ambitious countries wanting to protect 30 per cent of the world’s land and sea this decade?

Will they see through Cop26 commitments for an end to global forest loss and land degradation by 2030, and honour promises made in relation to the Amazon, Congo and Indigenous peoples? Will they continue efforts to use trade to break the link between commodity production and deforestation? Will they protect our nature and climate funding?

The UK has provided leadership globally on an issue that will only grow in importance. Any credible political party must have answers to them. If they don’t, the British electorate will rightly throw them out.