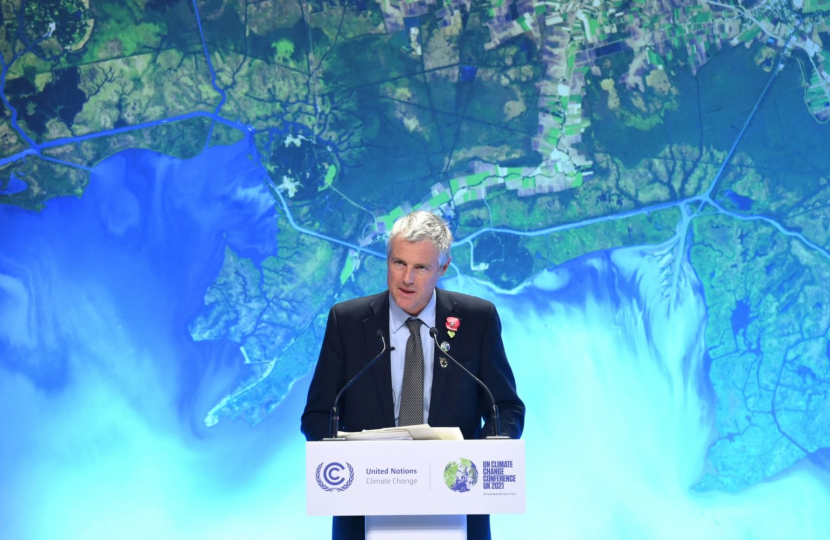 NATIONS AND BUSINESSES COMMIT TO CREATE SUSTAINABLE AGRICULTURE AND LAND USE

Governments and businesses are joining farmers and local communities today at COP26, securing new agreements to protect nature and accelerate the shift to sustainable agriculture and land use practices by making them more attractive, accessible and affordable than unsustainable alternatives.

Alongside the events marking Nature and Land Use Day, today marks the end of week one of COP26, with negotiations gathering pace and work focussing on week two.

Twenty-six nations set out new commitments to change their agricultural policies to become more sustainable and less polluting, and to invest in the science needed for sustainable agriculture and for protecting food supplies against climate change, laid out in two ‘Action Agendas’. All continents were represented, with countries including India, Colombia, Vietnam, Germany, Ghana, and Australia.

Examples of national commitments aligned with this agenda include:

The UK also announced funding of £500m to support the implementation of the Forest, Agriculture and Commodity Trade (FACT) Roadmap that was launched during the World Leaders Summit earlier this week, in which 28 countries are working together to protect forests while promoting development and trade. A further £65 million will support a  ‘Just Rural Transition’ to help developing countries shift policies and practices to more sustainable agriculture and food production.

Commitments made by countries today will help to implement the Glasgow Leaders’ Declaration on Forests and Land Use which is now endorsed by 134 countries covering 91% of the world’s forests. The Declaration aims to halt and reverse forest loss and land degradation by 2030.

If we are to limit global warming and keep the goal of 1.5C alive, then the world needs to use land sustainably and put protection and restoration of nature at the heart of all we do.

The commitments being made today show that nature and land use is being recognised as essential to meeting the Paris Agreement goals, and will contribute to addressing the twin crises of climate change and biodiversity loss.

Meanwhile, as we look ahead to negotiations in week two of COP, I urge all parties to come to the table with the constructive compromises and ambitions needed.

The World Bank will commit to spending $25 billion in climate finance annually to 2025 through its Climate Action Plan, including a focus on agriculture and food systems.

In a show of similar commitment from the private sector, almost 100 high-profile companies from a range of sectors committed to becoming ‘Nature Positive’. Commitments include supermarkets pledging to cut their environmental impact across climate and nature-loss and fashion brands guaranteeing the traceability of their materials.

Representatives from Indigenous and local communities will be participating in events throughout nature day.  As stewards of 80% of the world’s remaining biodiversity, Indigenous Peoples are leaders in how to develop nature-based, resilient and effective solutions to climate change.

Nature day also follows the announcement on Ocean Action Day on 5 November of over ten new countries signing up to the ‘30by30’ target to protect 30% of the world’s ocean by 2030.  These were: Bahrain, Jamaica, St Lucia, Sri Lanka, Saudi Arabia, India, Qatar, Samoa, Tonga, Gambia and Georgia. The target is now supported by over 100 countries.

Glasgow Leaders’ Declaration on Forests and Land Use

The full package of commitments and action will also include: