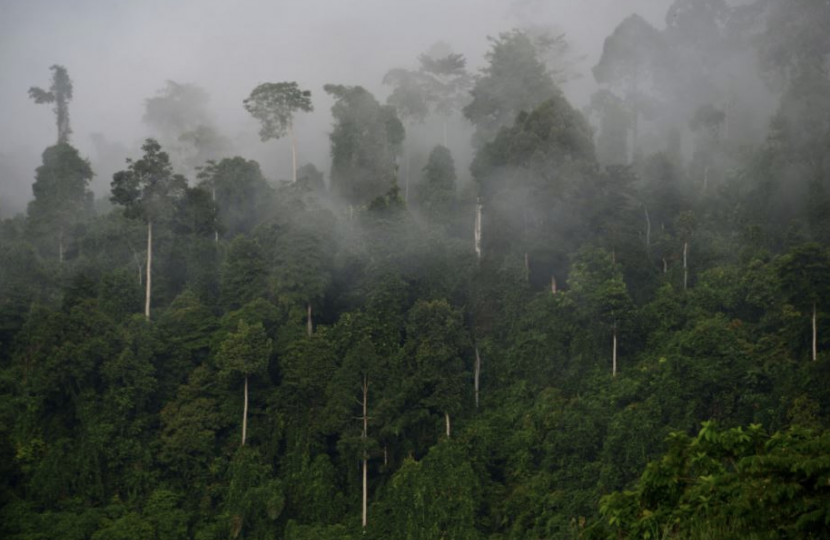 We are facing daunting environmental challenges to our clean air, water and soil. The world’s forests are fundamentally important for the lives and livelihoods of hundreds of millions of people around the world. Ultimately, all of humanity depends on the world’s forests, for regulating the global climate, delivering fresh air and water, and for maintaining an ecological balance which is a prerequisite for life on earth.

Forests are second only to oceans as the largest global store of carbon, as well as hosting 80 percent of the world’s terrestrial biodiversity and underpinning numerous economies. 50 percent of Indonesia’s land is forested, an area three times the size of the UK, and more than 3 million people are directly employed in the sector. By comparison, only 39 percent of the European Union is forest.

While recognizing that Indonesia and some other countries have had success in reducing deforestation, the world is still losing forests at an alarming rate. Agriculture, forestry and other land use generate nearly a quarter of all greenhouse emissions.

The scale of the crisis demands urgent global action, and so as President of this year’s all-important UN Climate conference COP26, the UK has put nature at the heart of its response to climate change.

There is no reliable pathway to achieving net zero emissions, or indeed of meeting the UN Sustainable Development Goals by 2030 without protecting and restoring nature on an unprecedented scale, and that means conserving forests and shifting toward sustainable agricultural land use.

As part of those global efforts, the UK launched the Forest, Agriculture and Commodity Trade (FACT) Dialogue in February 2021 to try to forge a consensus among diverse nations on a plan of action that both protects forests and livelihoods, that delivers sustainable land use and promotes trade and development.

And we are delighted that following years of strong partnership, the UK and Indonesia have agreed to cochair this dialogue, working with many other countries with an interest in this agenda.

On April 15, ministers from around the world, including Brazil and the EU, met to launch the initiative. The dialogue included representatives from major producer and consumer countries, from North, South, East and West. As many as 23 countries endorsed a joint statement, which set out both the challenge and the principles for working together.

At the heart of those principles is a recognition of the scale of the challenge before us, and the responsibility we have to break the link between the essential trade in commodities and deforestation, land degradation and unsustainable agricultural practices.

And as we recover from COVID-19, we each have a unique opportunity to realign our societies, economic systems and supply chains, with the natural world on which we depend.

As one of the world’s top three donor countries, the UK has committed to investing 3 billion pound (US$4.25 billion) of its International Climate Finance over the next five years in efforts to reduce global deforestation, protect precious biodiversity, and support the communities that rely on forests for their livelihoods.

Indonesia has made impressive progress in reducing deforestation and ensuring that forests are productive sources of livelihoods for those who depend on them. Indonesia has enacted a permanent moratorium on the conversion of primary forests and peatlands; more than 66 million hectares are covered – an area bigger than France, incorporating not only conservation and protection forests, but also significant production forests and areas for development uses. Indonesia has also managed to significantly reduce its hotspots by over 91.84 percent in 2020 compared to previous years.

And working together, the UK and Indonesia have already delivered meaningful change. For example, that partnership led to the establishment of a national system to verify the legality of timber exports – the Forest Law Enforcement, Governance and Trade Programme, which in turn enabled Indonesia to become the first country in the world to qualify for preferential access to both UK markets, worth 200 million pound a year and EU markets, worth $1 billion a year. We will go further, exploring the scope to apply the same principles to forest-risk commodities.

If we succeed, we will open huge opportunities, worth up to $5 trillion a year in trade by 2030 for the millions of people who already rely on agriculture and forestry for their livelihoods.

The UK recently legislated to redirect its land use subsidy system so that all future payments will be conditional upon good environmental outcomes. As COP president, it is building a coalition of countries committed to doing similarly, and the prize is immense.

The top 50 food producing countries spend around $700 billion a year – around four times the world’s aid budget – subsidizing often destructive land use. If they too commit to switching to a system that rewards farmers for environmental stewardship, that alone could flip the global market in favor of sustainability.

Aligning our economies with the finite and fragile world we depend on is without a doubt the principal challenge of our age, but we have the tools to do it. All that remains is the political will.

And as we count down the months to COP26, we hope more countries will join the UK’s and Indonesia‘s efforts to clean up global supply chains and ensure that global markets reward practices that promote sustainability and discourage damaging practices.