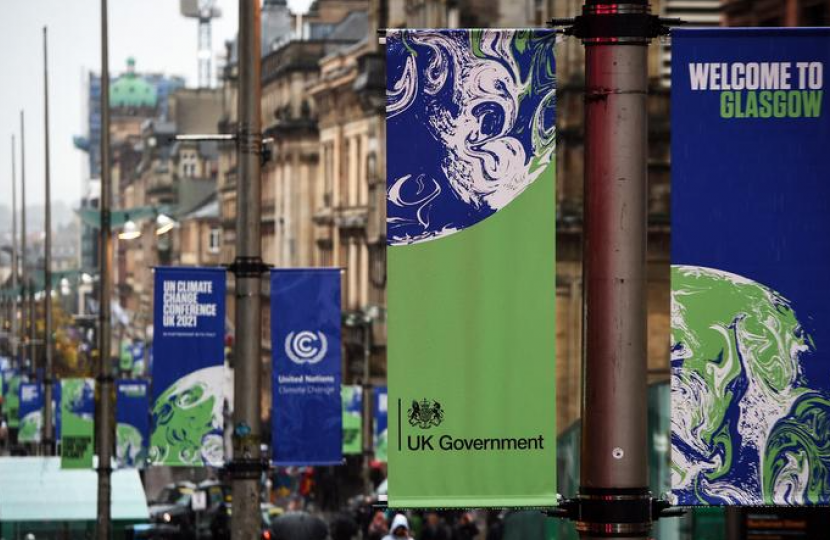 COP26 hosts want to keep climate promises with the Pacific

The hosts of this year's UN climate change summit want to make sure their commitment to the Pacific region is clear.

Speaking to RNZ Pacific from Glasgow, on the eve of the final scheduled day of COP26, the UK's Minister of State for the Pacific and the International Environment, Lord Zac Goldsmith, reflects on a "semi-virtual meeting" he and the COP President Alok Sharma hosted with Pacific leaders this week.

"We heard some really strong remarks and not least from the Prime Minister of Samoa. It was principally for us a listening exercise. People have been hearing me and the President of COP a lot over the previous days and we wanted to just get a kind of reality check from the Pacific Island leaders."

Leaders from Papua New Guinea, Fiji, Tuvalu and Palau are attending the summit. Covid travel restrictions prevented 10 Pacific leaders from being there in person.

"The message is the same really that if we don't stick at, stay within one-and-a-half degrees, that is an existential problem to residents and citizens of the small island developing states. And in addition to that we heard that whatever happens, even if we manage to really pull off a coup at COP, there's still going to be climate change. And lives are still going to be very badly affected in those low lying islands, and therefore there needs to be equal emphasis on Adaptation and they made the point also that we need to open a chapter on Loss and Damage because whatever happens there is going to be irreparable loss and damage and people's lives are going to be very badly affected. And they spoke with incredible clarity and passion and what they said resonated very much with me. But I know it also did with the COP president."

"The biggest part buyers of commodities for example including COFCO - China's main buyer - committing to aligning their buying practices not just with Paris goals, but also with our goals about stopping deforestation. We had the big multilateral development banks making the same commitment. We had financial institutions with nearly $9 trillion of assets making the same commitment. And that means that even reluctant countries, those that we really struggled to get to the table, really can't avoid that market signal. You know, if a country is going to lose access to the market by not being sustainable, they will become sustainable. So that was a really powerful package and I think putting nature at the heart of COP - both mattered and I think we succeeded in doing that."

Why nature must be at the heart of our response to climate change
- our brilliant reception with great leaders at the end of 6 at #cop26 pic.twitter.com/S1TEi6kaaG

Lord Goldsmith calls these final hours the business end of the summit.

"In terms of Loss and Damage, it's a more politically difficult area. Getting that totemic $100 billion from the donor countries - we're very, very nearly there but we may not get there by the end of COP. It may take a few more months, possibly a year to raise another level of finance. In addition to that, Loss and Damage is going to require a lot of heavy lifting, so we are championing the issue as presidents and will continue to champion it over the next year. It matters massively to those climate vulnerable nations, particularly the small states. But we're not going to have a resolution on that this COP and I'm almost certain that is the case."

The UK has "a renewed and big and meaningful interest" in the Pacific region.

"I've committed very clearly at COP when we spoke to representatives from the Pacific region that we will have a much more muscular approach. If we don't see any solution; so if we don't see movement it just doesn't make sense that these huge clunky bureaucracies take so long to get money to really fantastic programmes but also fantastically important programmes. So that's something that has to change. It's not so much lack of finances. It's really about lack of access to finance, and we can solve that. We know we can."

While he's visited Australia and New Zealand in the past, the UK's Minister for the Pacific has yet to visit Pacific island nations. His planned travel to the region also thwarted by covid restrictions.

The United Kingdom remain the presidents of COP for another year.

"I think for the next year, obviously we want to ramp up commitments. We want to get bigger and better and bolder commitments from companies, financial institutions and governments. But we also need to find ways of holding people's feet to the fire," Lord Goldsmith said.