How to create beautiful social housing 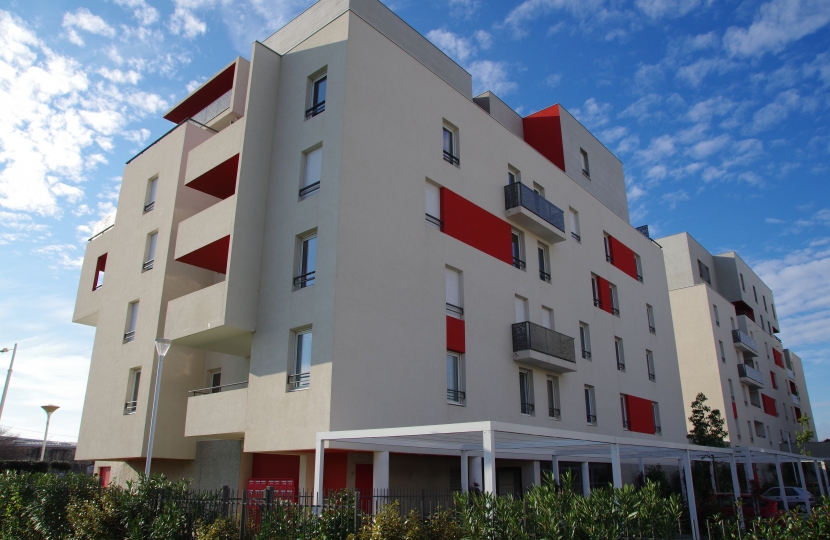 At a time when there is too much ugliness in political discourse, I have been heartened by the Government’s new commitment to championing beauty in the built environment. The Building Better, Building Beautiful Commission, announced in early November, can help to raise the standard of housing development in this country. I hope it is unashamedly populist from its outset. Good design and style should be defined not by what is thought by elitist “starchitects”, but by the preferences of the general public who are, after all, the ultimate clients of architecture.

The test that I will hold the Commission to when it publishes its full report in late 2019, however, will be the extent to which it talks about enhancing beauty for people who live in social housing. For the unfortunate truth is that it is they who are most deprived of buildings and public spaces that are beautiful. Public polling commissioned by Policy Exchange finds that social housing tenants are much more likely to think poor quality environments are the norm. 58 per cent of poll respondents living in social housing thought this compared to 49 per cent of all respondents.

To me these polling results shine a light on how bad a job we are doing as a nation in providing decent homes to people no matter what their income. The aim must surely be, as the Prime Minister said in a speech earlier this year, for all homes to be built to the highest quality with no way of telling from the outside which properties are built for housing associations and which are destined for the private market.

As the Government begins to talk about beauty, it has to be in the context of beauty being a universal value – one that must be enjoyed by all. In fact there is a rich history of British governments equalising access to beauty. Take, for instance, the actions of the post-War Attlee Government. The 1949 National Parks and Access to the Countryside Act, which was supported by all parties, created the first 10 national parks and mandated the provision and maintenance of public paths, bridleways and other highways. Much legislation since then has increased public access to beautiful places.

So how can we do a better job of providing beautiful social housing? When I walk around the area near the Houses of Parliament, I see the brilliant Peabody estates, which, to me, seem an exemplar of what we should be aiming for. Although many were built in the late 19th Century, they have more than stood the test of time. Not only do the estate buildings fit in with their surrounding area, more often than not, they are built to a higher design quality.

I am also encouraged by the high standards of recently built social housing. Some of the best new homes are built not by private developers but by local authorities and housing associations. In a number of places they are building what I believe will be the conservation areas of the future.

The challenge, as I see it, is not the very old social housing, nor the new social housing, but the social housing which was built in the period after the war. Despite the ambition of the time – Nye Bevan, the post- War Housing Minister, spoke eloquently against compromising quality for quantity – many of these estates were built in a rush. With an eye (understandably) on the urgent rate at which they were needed, the Labour Party had promised the electorate to “build the houses quick”, as opposed to focusing on building them to last.

The same attitude continued in the Conservative governments of the 1950s. Toby Lloyd, now the Prime Minister’s housing adviser, has described how the “slight fly in the ointment” of the council house building drive of Harold Macmillan, Housing Minister between 1951 and 1954, “is that not all of them were the best houses. Some of the most shocking tower-block monstrosities were built in that era.”

The result is that today there are thousands of social housing estates across the country that are dilapidated and coming to the end of their lifetime – in London alone there are 3,500 such estates. Often they have been built in a way that isolates them from the existing area and often they are of poor design and build qualities. They also tend to perform badly on measures of sustainability and energy efficiency. We face the serious task of rebuilding these estates – a process often called “estate regeneration” – in a way that helps to solve not just the housing supply crisis, but also to provide better quality homes that have been built in a way people like and that improves their living environment. As we face up to this task, there are two points to make – the first of which concerns the opportunity to increase the amount of social housing available.

Many of the local authority housing estates built in the decades after the war were built as tower blocks in low-density layouts. A report published in 2016 by Savills found that 360,000 additional homes could be accommodated within a fifth of London’s existing local authority housing estates if they are rebuilt in a high-density street-based layout fully integrated into the urban fabric. In practical terms this means that instead of tower blocks, we could build estates consisting of mid-rise apartment buildings and terraced housing with open spaces. Crucially, they would be rebuilt at a human scale with an eye to enhancing beauty in the built environment.

My second point concerns the sensitivities associated with estate regeneration. The nub of the matter is that estate regeneration involves the knocking down and rebuilding of people’s homes. The people who live in those homes have every right to be worried about the process – any local authority rebuilding an estate has the utmost responsibility to rehouse existing residents in the place they call home. But the answer to this problem shouldn’t be to give up on redevelopment plans or, worse, to ignore residents’ concerns altogether.

In my campaign to be Mayor of London I never shied away from this issue. My manifesto pledged to introduce a Residents’ Development Guarantee which vowed estate regeneration would only take place when, among other criteria: plans were supported by a majority of local residents, existing residents were involved from the start, rebuilding was phased so that a majority of tenants stayed on the estate during the process and only moved once (from their old to their new property), and residents were guaranteed the same sized home at the same rent level.

I am disappointed that Sadiq Khan’s new draft London Plan only requires proposals for estate regeneration to “take account” of good practice instead of providing residents with a guarantee that certain conditions will be met. It seems a missed opportunity to face up to some of the sensitivities that prevent estate regeneration from happening on a scale that makes a difference to the capital’s housing supply crisis. It is also a sop to developers who think these sorts of obligations are too onerous.

My disappointment only mounts when I consider the case of Ham Close in my constituency – an example which shows the potential of estate regeneration. Ham Close is an estate of 192 flats built in the early 1960s by Richmond Council. It is now owned by RHP, the housing association that manages the Council’s old housing stock, and is in dire need of rebuilding. RHP has plans to redevelop the site into one that has close to 450 homes that are both of a much higher quality and properly integrated into the surrounding area. Those plans are coming along apace. Undoubtedly there have been hiccups in the process, but it is my belief that its progress has been underpinned by RHP’s commitment to residents, along the lines that I pushed in the mayoral election. It is much better to face up to these issues than to let plans that could drastically improve the living environment of many thousands of people drown in political wrangling.

Of course, not all social housing tenants live in estates and not all estates are of poor quality. But estate regeneration seems to me one of the most vital issues that the Building Better, Building Beautiful Commission can tackle. Done well, in the way I have described, it is an idea that is popular with the public and that makes good financial sense in the long term. Above all, estate regeneration can create places that are beautiful and community-minded for the people who say they suffer ugliness the most – and that, from myself, to Sadiq Khan, to the Prime Minister, is something we can all get behind.