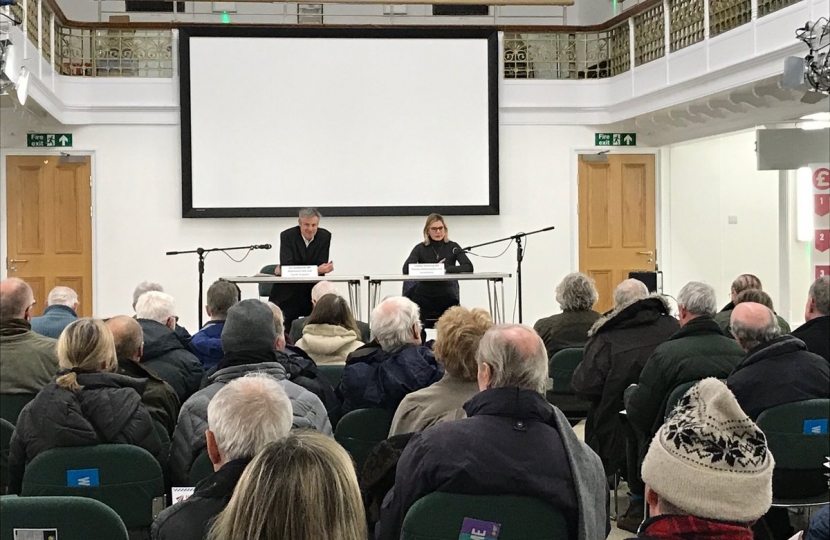 Zac Goldsmith MP co-hosted a public meeting with Justine Greening MP to discuss Heathrow Expansion and to update residents about the campaign against it.

Despite the difficult weather conditions, the hall was packed with residents. The discussion covered the safety risk of 260k more planes per year, the misleading information regarding the economic benefits of expansion, the difficulties inherent in financing the expansion, the parliamentary process to come, the lack of flight path information and many other issues.

Justine Greening told the audience that she has written to Transport Secretary Chris Grayling to demand that a parliamentary vote on Heathrow Expansion is delayed until detailed flight paths are published, so that MPs know how it will affect their community and more widely across the south east.

Zac Goldsmith added; “A third runway would be an environmental disaster and a blight on our local community, without delivering anything like the promised economic benefits. The newly revised figures put Gatwick marginally ahead of Heathrow in terms of economic benefits, and more or less equal in terms of connectivity, so it is even harder to understand why the Government is still wedded to the option that is most disruptive, most expensive, most polluting and which – because it is surrounded by uniquely complex financial, planning, legal and political risks – least likely to be delivered.”