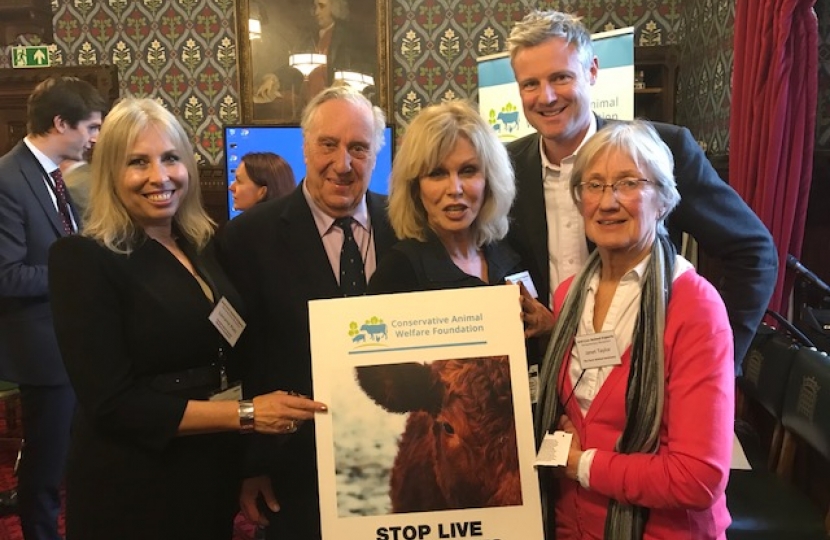 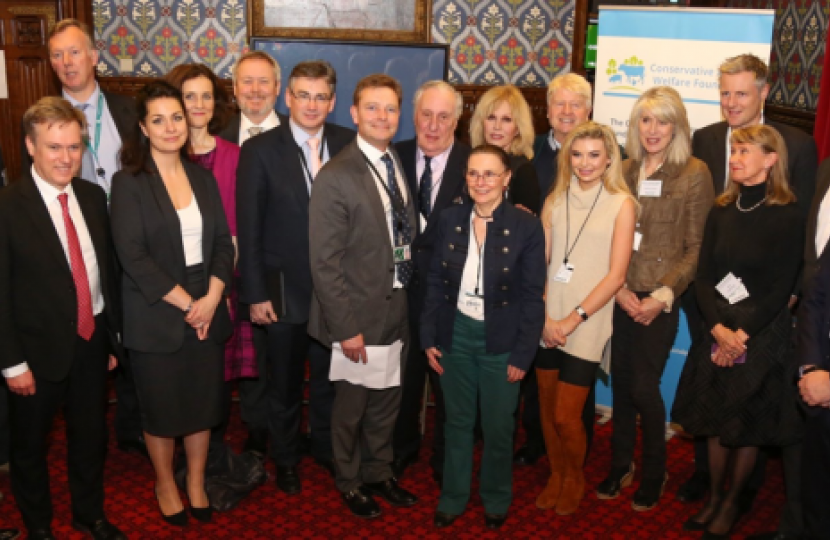 Zac Goldsmith took part in a reception on Monday 29 January at the House of Commons calling for an end to live animal exports for slaughter.

The event was particularly timely given that Chipping Barnet MP, Theresa Villiers’ Private Members’ Bill on ending live animal exports is due to have its second reading in the House of Commons later in the week on 2 February.

A Westminster Hall debate on the issue has also been scheduled to take place on 26 February where Zac Goldsmith will be speaking. The debate has been secured thanks to a petition started by a pensioner from Romford, Janet Darlison.

Towards the end of 2017 the petition was launched https://petition.parliament.uk/petitions/200205 and in just 15 weeks attained over 50,000 signatories.

BREXIT offers an opportunity to improve on existing EU animal welfare legislation including stopping the live export of cattle and sheep to the Continent for slaughter. This is a grim trade in which animals are sent sometimes without a vet, water, or food in cramped conditions, thousands of miles to be killed.

The Secretary of State Mr Michael Gove has been making positive comments about restricting the trade and even a possible ban on live exports.

We are pleased that our Secretary of State spoke on steps to tackle live exports at the Conservative Animal Welfare Foundation and Conservative Environment Network joint parliamentary event last month hosted by Sir Roger Gale MP. We want to do all we can to support our Secretary of State to achieve a ban on live exports. We want to thank Craig Mackinlay for hosting this event today and for his hard work on this issue for years. We also want to thank Theresa Villiers for leading her Bill to end live exports and wish her much success with the second reading of her Bill on 2 February.

We call on everyone to contact their MP and ask them to speak out against live exports for slaughter at the Westminster Hall debate on the 26 February. Animals have no voice of their own and we must use ours to ban live animal exports. Let’s seize this opportunity that Brexit presents, so that future generations of animals no longer have to endure the practice of live exports for slaughter”.

MEDIA COVERAGE OF THE EVENT:

http://www.stackyard.com/news/2018/01/business/13_cawf_export.html
For further information about this press release and hi-res images, contact: