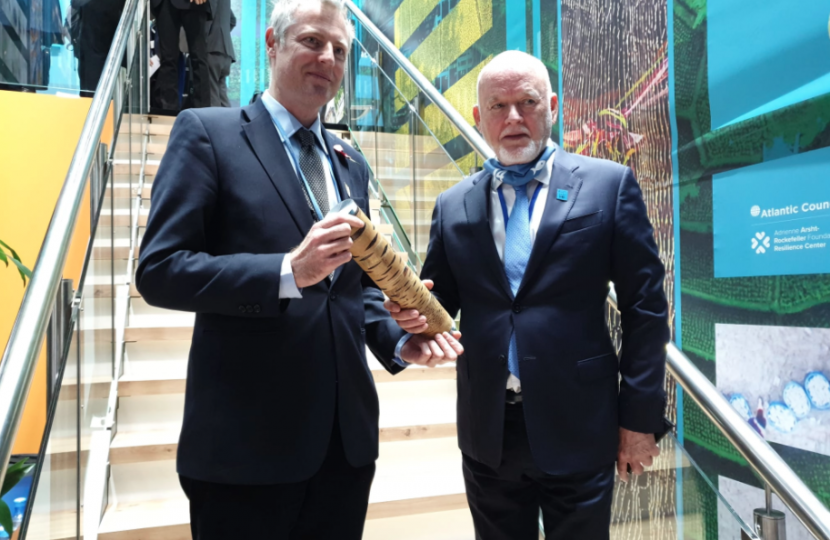 Ocean Action Day at COP26 was marked by a broad set of commitments to provide substantial new funding to defend the quality of the oceans and protect the livelihoods of millions of people who depend on the marine environment.

Opening a round table meeting attended by government ministers, business leaders and island representatives Lord Zac Goldsmith said the oceans were buffers against climate change but they had taken a battering and would continue to take a battering even if the COP summit was successful. The UK international environment minister warned that coral reefs and other marine life would not survive an average global temperature rise of 2C but speaking positively he said, ‘For the first time in my memory I feel we are pointing in the right direction. But we have to get on fast.’

He was co-host at the Resilience Hub on behalf of the Foreign and Commonwealth Development Office alongside the Ocean Risk and Resilience Action Alliance (ORRAA).The meeting was given details of the Back Blue Ocean Financial Commitment scheme which is being supported by governments, insurers, banks and philanthropists. The purpose of the meeting was to accelerate the finance essential for building resilience, protecting nature and tackling climate risk.

The urgency of the situation was emphasised by speakers from island nations including Bahamas, the Maldives and the Philippines where extreme weather associated with climate change has already caused land loss and extensive damage.

Maya Delaney from Bahamas told the meeting that climate change was a ‘catastrophe’ that was already happening in the Caribbean. ‘This is a massive moment,’ she said. ‘For the first time the ocean has risen to the top of the climate agenda.’

Goldsmith said nature based solutions were vital to protect coastal areas. He gave the mangrove forests in Colombia as an example. In the aftermath of a hurricane, in areas where coastal mangroves were growing healthily the surrounding hinterland had been protected but in areas where the mangroves had been cut down or destroyed the effect of the storms on life and property had been devastating. 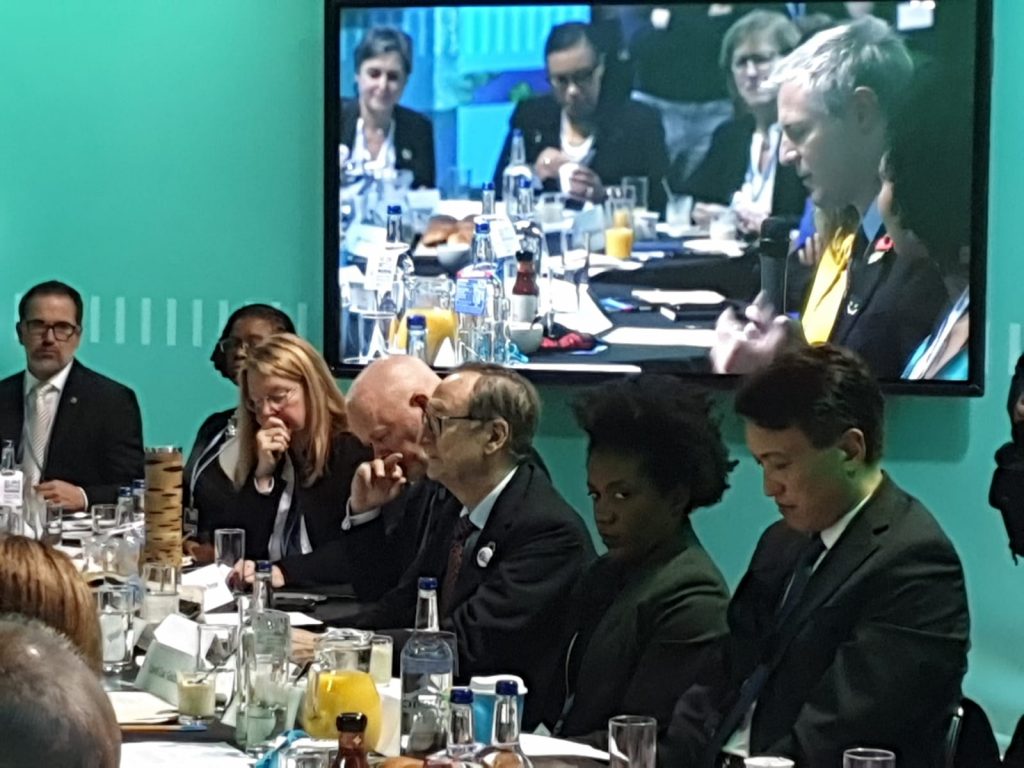 Zac Goldsmith (on screen) speaking to delegates at the roundtable

Earlier at the COP, Ecuador announced a huge extension of the marine reserve around the Galapagos Islands in partnership with Colombia and Costa Rica. Among the commitments made on Ocean Action Day were: