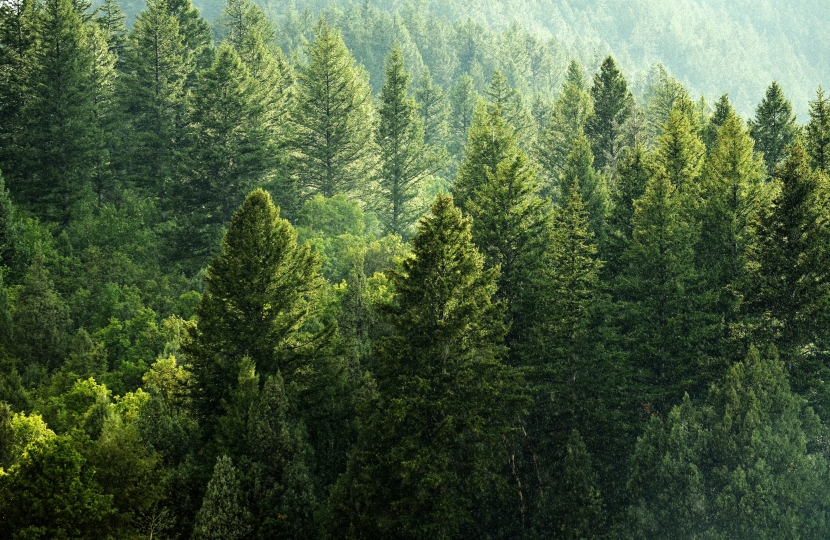 MPs from the Conservative Environment Network (CEN) Caucus have warmly welcomed a suite of green measures announced in today's Spring Statement. The commitments delivered on long-held CEN objectives, including the introduction of "biodiversity net gain" - a measure to protect habitats while delivering new housing developments - and the establishment of a Marine Protected Area around Ascension Island. MPs from the CEN Caucus recently met with Secretary of State Michael Gove to press the case for the protection of this precious habitat of marine life. Commenting on the Ascension Island announcement,

"In the week that we celebrate Commonwealth Day it's right that we acknowledge the wealth of marine life in our Overseas Territories. Ascension Island is a prime example of this, and so I'm delighted that we will be supporting the Island council with funding to protect their waters. CEN MPs spoke to the Environment Secretary about this vital habitat, and the amazing marine creatures that call it home, so it's great to see this funding announced today."

“Not everyone has heard of Ascension Island, but it is a biodiversity hotspot which deserves protection. I am delighted that the Government listened to our campaign and will now protect Ascension’s waters in full. As custodians of one of the largest marine estates in the world, we have a duty to defend our oceans from the huge threats of overfishing and climate change – this is an important step to make that happen.”

On the plans to shift away from fossil fuel heating systems within the next six years, Antoinette Sandbach MP said,

"High energy efficiency standards are vital not only to ensure that everyone has a warm place to live, but also to reduce our carbon footprint. We need to make sure that every home, new or old, is fit for the future, and today's announcement on green gas has shown the Government takes this task seriously. I've been working to raise awareness of this issue in Parliament and to my constituents, and we now need to make sure these measures are accessible and affordable to all homeowners."

"This Government has pledged to leave the environment in a better state than we found it - and to do that we need to fully understand the scale of the loss of species that is currently underway. It means acknowledging that every day here in the UK we are losing more birds, hedgehogs, pollinators and other wildlife - while globally, charismatic species from lions to tigers to rhinos could soon be extinct in the wild. We'll be taking serious steps to combat this deeply worrying trend in Britain with the Environment Bill, and this review will underpin our global efforts to restore nature, so I strongly welcome the Chancellor's announcement today of the review to be chaired by Sir Partha Dasgupta."

"Alongside the other brilliant policies announced today, the review of global biodiversity could achieve what the Stern Review did for climate change - driving nature up the political agenda and galvanising politicians to action. Today's raft of announcements is yet another example of how the Conservative Party are the true conservationists."

"Today's package of announcements is a real step in the right direction towards fulfilling the promise of the Clean Growth Strategy and 25 Year Environment Plan. Environmental protection and economic growth go hand in hand - today the Chancellor fully endorsed CEN's message that a combination of market mechanisms and, where necessary, the right nudges from Government is the best way to protect our environment."