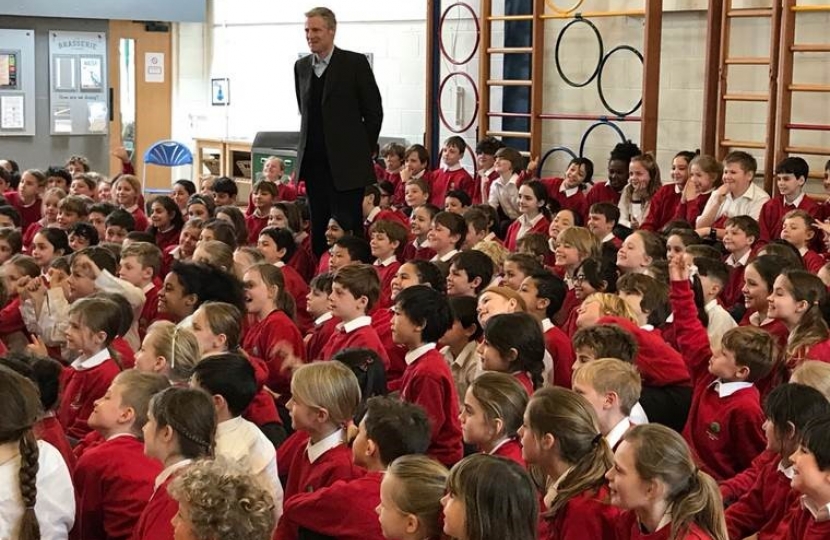 “the idea that children missing a few hours of geometry or physical education to ring the alarm bells and wake up our political system is somehow a wasted opportunity or the wrong thing to do just seems churlish. It seems absurd and mean-minded.”

Pupils from Barnes Primary who were unable to make it to the protests voiced their concerns directly to Zac.  The pupils were keen to know what steps the Government is taking to address climate change.

In response to the protests the Conservative Environmental Network have released this video outlining what the Conservative Government is doing to tackle climate change.  Including increasing the UK’s use of renewable energies and stopping our use of coal by 2022

Zac Goldsmith said of his visit:

“It was great to discuss the protest with the students and to be able to inform them what they can do to influence the Government to make changes to tackle Climate Change.  It’s wonderful to see the level of enthusiasm of young children for the Enviroment and it is promising for the future.”