CAWF Congratulate The Government On The UK Ivory Sales Ban 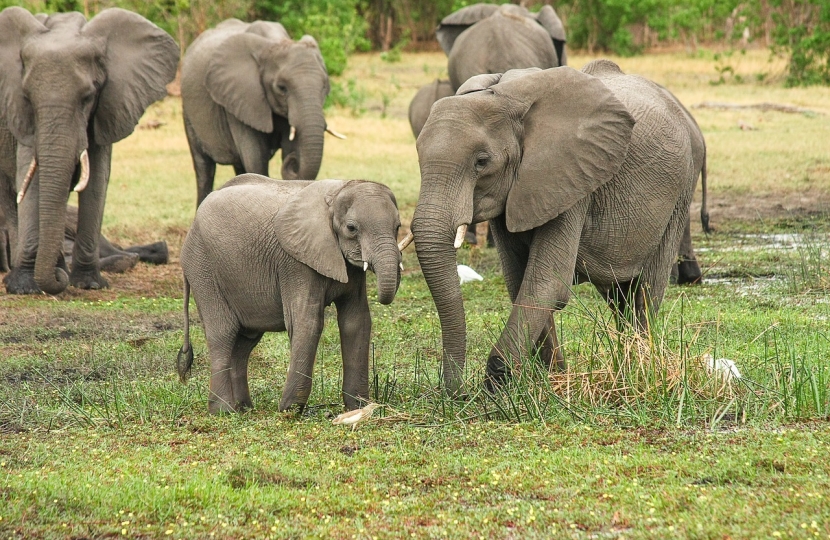 Conservative Animal Welfare Foundation congratulate the Government on the UK Ivory Sales ban and commitment to protect the elephant population.

“This is a very significant step towards helping to save a magnificent, proud and endangered species. Conservative Animal Welfare Foundation  would like to congratulate  the Secretary of State who is clearly determined to deliver on his promise of animal welfare reforms. We look forward to further positive measures in the near future.”

The announcement follows the Government’s consultation on a UK ivory sales ban, which attracted more than 70,000 responses.

The ban will cover ivory items of all ages – not only those produced after a certain date. The maximum available penalty for breaching the ban will be an unlimited fine or up to five years in jail.

Elephant Populations are at an all-time low with the species facing extinction due to the ivory poaching crisis which is killing at least 20,000 elephants each year. The UK is one of the world’s largest exporters of ivory items, with 50 elephants dying for ivory daily.

“We are thrilled with the news.We have to protect elephants now for the sake of future generations as time is running out for vulnerable elephants whose populations are being decimated on an unprecedented scale.  We must save the iconic elephant from the threat of extinction. We urged for the ban in our animal welfare Blueprint  document ‘ Brexit: Opportunities For Animal Welfare’  ‘which we presented for the Prime Minister at No10 Downing Street with our Patron Sir Roger Gale MP in January 2017 and in our September 30th 2017 letter to the Prime Minister and Michael Gove, signed by Conservative MPs and the Chairmen of the Conservative Women’s Organisation and the Conservative Environment Network.

The Illegal Wildlife Trade conference takes place in October in London in October and will provide a global platform to demonstrate the UK’s commitment to protecting vulnerable elephants and wildlife worldwide.

Lorraine Platt is a Board Member of Save the Asian Elephants( STAE) and added:

It’s important that the UK also plays a leading role to protect vulnerable Asian elephants from poaching and cruel abuse. Asian Elephant numbers have plummeted from millions to only tens of thousands today and need action now.

“This is fantastic news, and I’m grateful to Michael Gove for being true to his word. We are losing 20,000 elephants per year – one every 26 minutes, and without urgent action, we will be responsible for wiping out this extraordinary species. Currently, the UK is the largest exporters of legal ivory in the world. That both stimulates demand for ivory and gives the traffickers a means to launder new ivory as if it were old. So this new law isn’t merely symbolic; it will help close down a grotesque trade.”