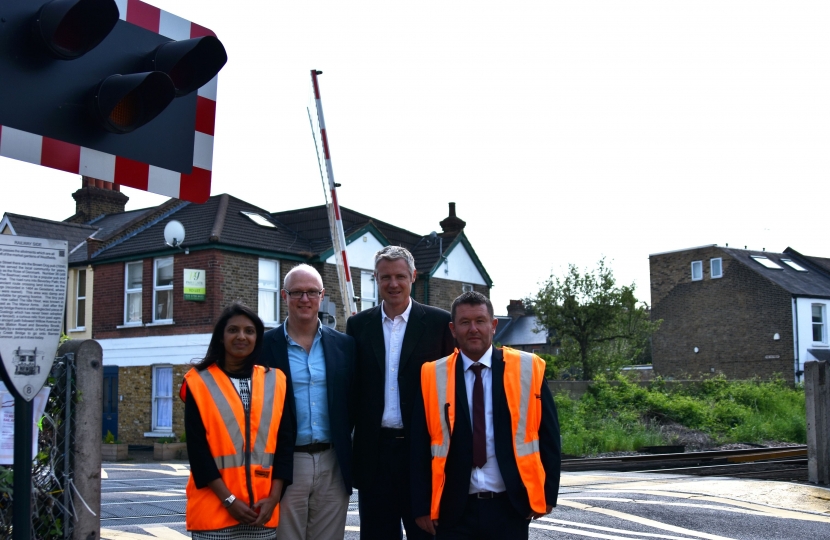 The scheme involves a new red light safety equipment camera at White Hart Lane level crossing, which is able to identify all vehicles that fail to comply with the stop signals and instead try to cross after the red lights start flashing. Network Rail’s early assessment indicates that there are currently between 70-90 incidents of misuse at White Hart Lane level crossing each day, with between 10-20 enforceable offences per day under the Road Traffic Act 1988.

The evidence the cameras provide will be used to directly prosecute drivers who fail to comply with the stop signals using a brand new collaborative procedure between the British Transport Police and Network Rail.Mark O’Flynn,

Level Crossing Manager at Network Rail, said: “White Hart Lane level crossing is a notorious hotspot for drivers risking their lives. Drivers jumping the barriers are no joke and it puts lives in danger; not only those in the car, but also nearby pedestrians and train passengers. “We want these cameras to act as a deterrent to this kind of reckless behaviour in the first place. It also gives us the direct ability to follow up prosecutions against those people who are continuing to offend.”These types of cameras were first introduced at 28 level crossings in 2015, and have since proven to be extremely successful with driver non-compliance which is down by as much as 90% at some crossings.

Richmond Council’s Cabinet Member for Highways and Streetscene, Cllr Stephen Speak, said: “Local residents have long been concerned about safety at this level crossing and we therefore welcome the deployment of these new enforcement cameras.

Zac Goldsmith MP, who has long campaigned for safety improvements at the White Hart Lane Crossing and others like it in the Richmond Park & North Kingston constituency, said:

“This is a good first step towards improving safety at White Hart Lane Crossing. I continue to work with Cllr Paul Avon and Stephen Speak to make the case for a new footbridge, and am hopeful for a positive result.”

I will continue to meet with Network Rail to discuss the White Hart Lane Crossing and we will continue to keep you updated.  If this crossing is of concern to you I would like to strongly encourage you to sign the petition below