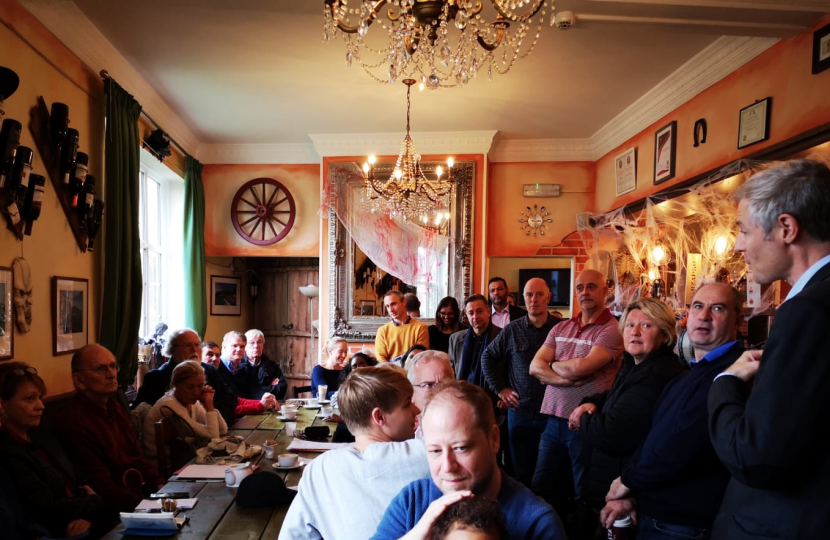 Zac joined residents over coffee to discuss local and national issues, where residents raised concerns over the Brexit deadlock and welcomed the increased police and education funding in the two Boroughs.

The Environment Minister updated residents on the significant landmark developments the government has made on the environment, particularly following his appointment in government.  Last week, Zac introduced the government’s landmark Environmental Bill to Parliament.

Speaking of the coffee mornings, Zac Goldsmith said: “It was a pleasure to speak with residents this morning, where we discussed a range of local and national issues including Brexit, Hammersmith Bridge, increased police and education funding, housing and the environment.”