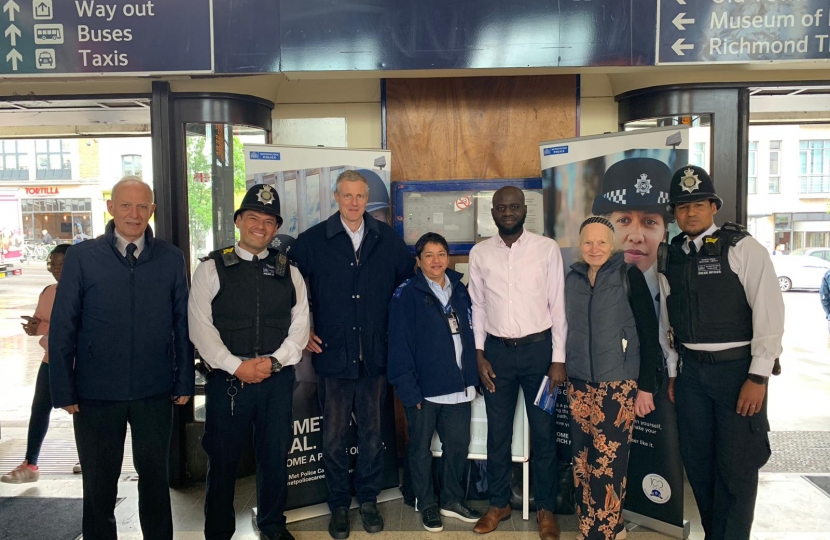 Crime in South Richmond has been significantly higher in recent months with total crime levels reaching 1,688. The local Safer Neighbourhood Team has altered its shift patterns to try and address growing pressures but lack the resources to provide a daily police presence. PCSO Guinnie Mooneesawmy, and PC Michael Lewis accompanied Zac and the local ward Councillors on the high visibility patrol.

The South West Borough Command Unit, at present is recruiting more officers to help with the growing demands locally for the Met. Zac and the Councillors discussed with police officers the new dedicated burglary and robbery team who are investigating robberies in Richmond. They report they have had success so far, with several arrests made.

Commenting, Zac said: “I’m so grateful to the local police for the brilliant work they do keeping our community safe, and for the extra high visability patrols they have been running in Richmond town. I know they are stretched, and I am doing all I can to press for more resources.”