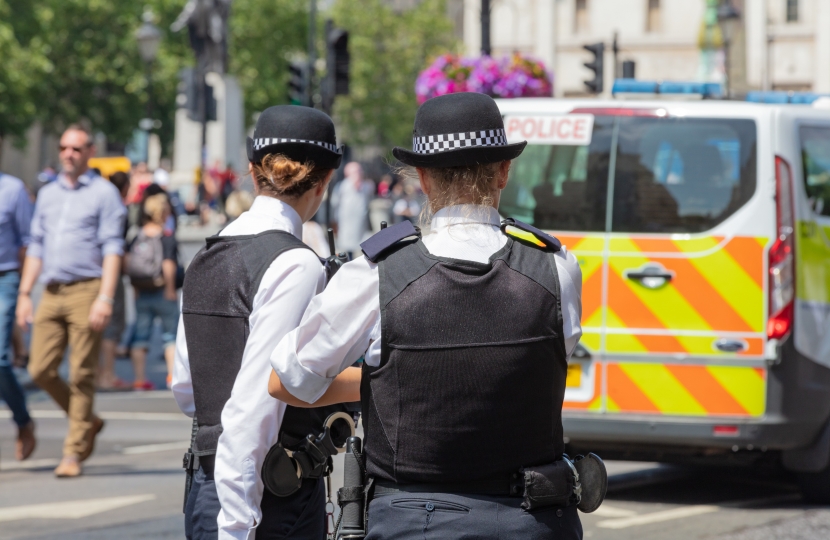 On Friday 3rd May, Zac Goldsmith MP sent a letter to the Rt Hon. Sajid Javid MP Home Secretary and the Mayor of London Sadiq Khan, co-signed by fellow South West London MP’s, to express his significant concerns about the twin issues of rising crime and falling police number across the capital.

The letter outlined recent figures from across the local four boroughs of the South West BCU noting that the number of total notifiable offences across our four boroughs is up 2.1% year on year, and the sanctioned detection rate is 8.3%, down from 12.7% last year, and is lower than the already unacceptably low London average of 9.2%. Zac demanded urgency and seriousness to address the situation by prioritising filling the vacancies in the local police force and increase police numbers to a level that better protects the public.

Tackling crime in the area remains a high priority for Zac and this letter adds to a range of steps Zac has taken to highlight the issue and demand action. Last month, Zac hosted a crime and safety meeting for Kew and North Richmond wards to giving residents an opportunity to put their questions and concerns directly to local police in attendance. In recent months Zac has also raised concerns directly with Ministers about the need for more funding for our police and met with the Prime Minister in December 2018 to specifically discuss the issue of crime and to lobby her for additional resources. In January, during Home Office Questions in the House of Commons, Zac asked the Police Minister, Nick Hurd, to acknowledge the level of anxiety in London regarding the recent increase in crime, and to reassure residents not only that the issue is a top Government priority, but that he is doing everything he can to work with both the Met and the Mayor of London on a coordinated and full response.

Zac awaits a response from the Rt Hon. Sajid Javid MP Home Secretary and the Mayor of London Sadiq Khan.