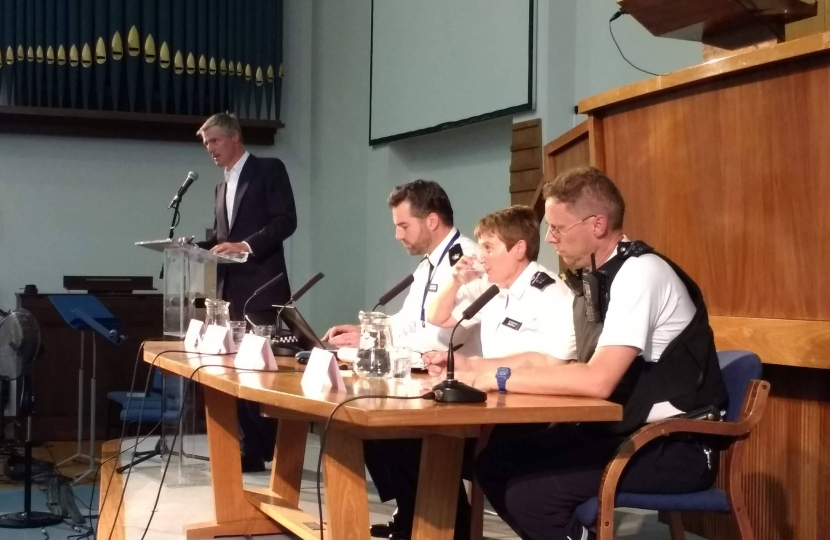 In response to concerns raised with him by local residents in Ham, Petersham, and Richmond Riverside ward, Zac Goldsmith alerted the Police to an increase in constituent enquiries regarding burglaries and car thefts in Ham over recent weeks.

Zac sought assurances from the Police that the incidents would be investigated fully.  The Police confirmed to Zac that they are aware of a recent linked series of offences in Ham.  As there is an ongoing active investigation, officers were only able to provide limited information for public disclosure.  Officers advised that there are a number of investigative and preventative tactics being brought to bear, as well as partnership work with a specialist unit, in order to bring a swift end to this series.  At this stage there have been no arrests, however a number of leads are being actively pursued.

Zac said: “I am alarmed by what appears to be an increase in burglaries in Ham.  When one home is targeted, an entire street is left feeling vulnerable and at risk.  I am reassured to hear that our local Police are working in partnership with specialist units to get to grips with it, and I will continue to liaise them to see what more can be done.”

The Police have called for a meeting of the Neighbourhood Watch, and anyone who would like further information can contact them directly at: SWMailbox-.SNTHamandPetersham@met.police.uk

Zac added; “I am hugely concerned about the recent rise in crime generally, and was disappointed that the police received no additional funding in the Chancellor’s recent Budget. I have made my views known to Ministers and colleagues and I will continue to put as much pressure as I can on the government to ensure our police are properly funded.”

Zac recently hosted a public meeting with the local police, who shared local statistics, spoke about the restructuring of their basic command unit and answered questions from residents.  He is holding another meeting in Kingston on the 28th November at 7pm at the DoubleTree Hilton in Kingston to which everyone is welcome.

Update from the Police:

Three men and one teenager have been charged in connection with a series of burglaries and thefts of high-value vehicles in South West London:

[A] Brandon Walsh, 18 of Chertsey Crescent, New Addington has been charged with conspiracy to commit residential burglaries; conspiracy to steal motor vehicles; and three counts of a breach of a Criminal Behaviour Order. He has been remanded in custody.

[B] Kofi Yeboah, 23 of Belgrave Walk, Mitcham has been charged with conspiracy to commit residential burglaries and conspiracy to steal motor vehicles.

[C] Jayden Jones-McGilvray, 19 of Sheridan Road, Ham has been charged with conspiracy to commit residential burglaries and conspiracy to steal motor vehicles.

[D] was bailed to appear at Kingston Crown Court on the same date.

There were three other arrests.

[F] A 57-year-old man was arrested on 27 November on suspicion of conspiracy to commit approximately 46 residential burglaries and theft offences. He has been released under investigation.

[G] A 17-year-old boy was arrested on 27 November on suspicion of conspiracy to commit approximately 46 residential burglaries and  theft offences. He has been released under investigation.

[H] An 18-year- old man was arrested on Tuesday, 4 December on suspicion of conspiracy to commit burglary. He remains in custody.