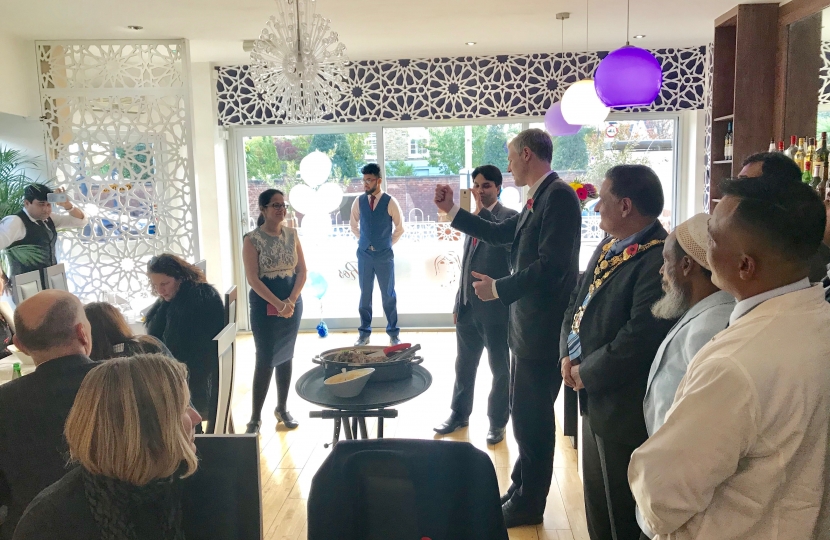 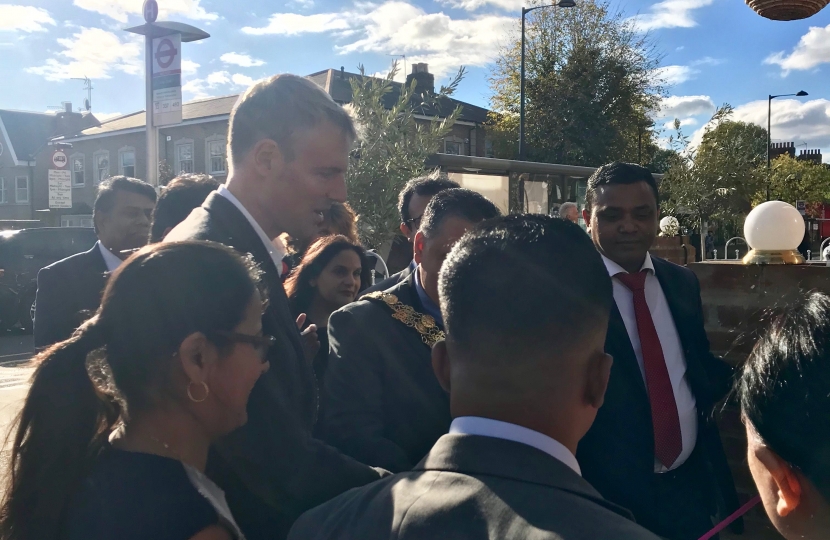 Zac Goldsmith was honoured to cut the ribbon to open Rosona Spice, a new Indian restaurant at 130 Upper Richmond Road West, SW14 8DS, on the 29th of October 2018.  Zac was joined by Cllr Brian Marcell, Conservative Councillor for East Sheen, as well as the Mayor of Richmond.

Zac was pleased to meet the new management team, and the talented chefs who have taken over the restaurant.  Zac gave a short speech during which he recognised the hard work and efforts of all the staff at Rosona Spice, in celebration of their opening and their first day of business.

Zac said “ I am pleased to see new businesses opening in East Sheen and I was honoured to be invited to attend the opening, and to be able to congratulate the team at Rosona Spice in person.  Rosona Spice have done an excellent job refurbishing the restaurant and I can verify that the food is absolutely delicious.  It is vitally important that we support our local businesses on the high street, which give character to the area and contribute to our local community.  I would encourage all local residents, and those further afield, to dine at this fantastic new addition to our high street.”