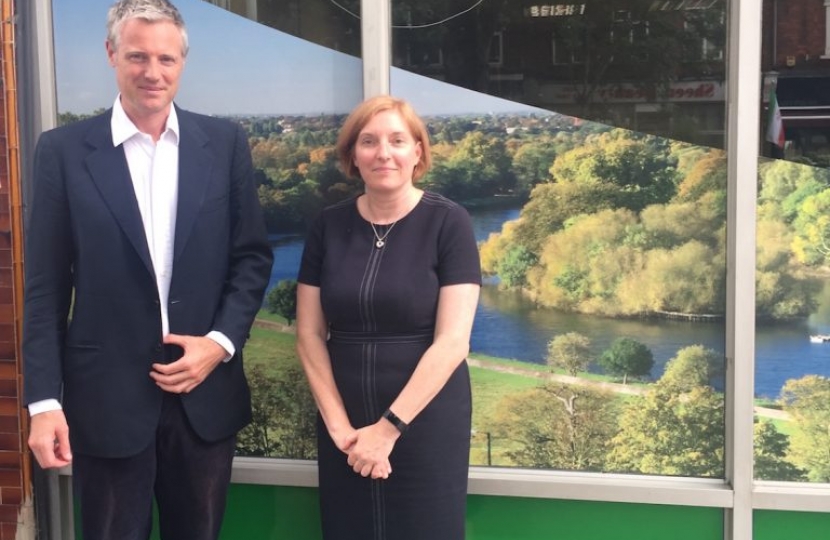 Zac Goldsmith MP met with Sally Benatar – the new Commander of the South West Borough Basic Command Unit which covers Kingston, Richmond, Merton and Wandsworth – to discuss a rise in crime in the area, and the steps being taken by the local police to tackle it.

Zac with be hosting a Crime and Safety meeting with the local Police on Wednesday 18th July at 7pm at Duke Street Church in Richmond, where residents will be able to put their concerns directly to the local borough commander.

Commenting, Zac said: “I was pleased to be able to have a catch up with Sally in advance of my public meeting, and to hear her plans for getting to grips with crime in our area. We are lucky to live in one of the safest places, but anxiety levels are rising, and that needs to be addressed.  Sally has a very strong track record and I look forward to working with her.”

I will continue to pressure Government to ensure our police are properly funded. I have lobbied both the Home Secretary and Police Minister for additional funding for London's police and have raised concerns about the 101 system for reporting crimes.