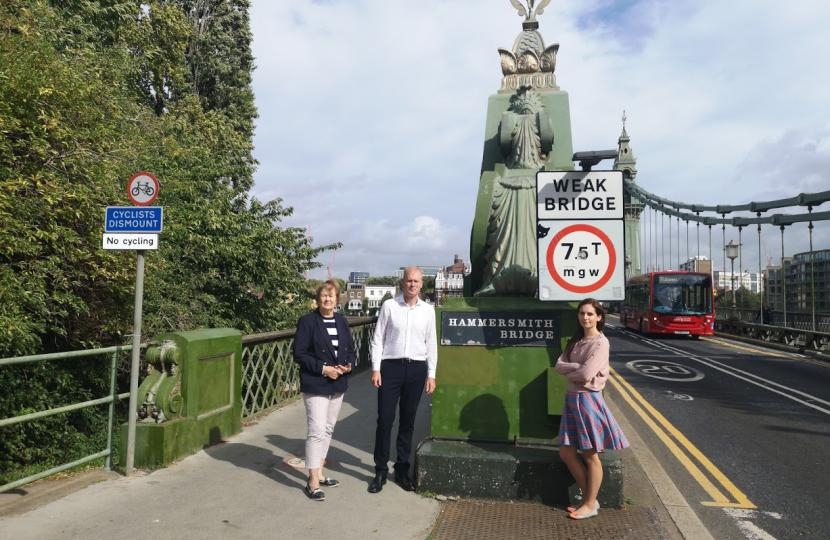 Cllr Aphra Brandreth, Conservative Councillor for Barnes, who has been in discussion with the Hammersmith and Fulham Council, hasraised residents’ views with the Council ahead of their formal response.  The Council advised that they are awaiting the results of theiranalysis of the current state of the bridge.

Hammersmith and Fulham Council have indicated to Cllr Brandreth that they do not anticipate a full closure of the bridge within theupcoming few months, although they anticipate there may be some interim works, which would require temporary traffic lighting.  They have yet to confirm the dates for the commencement of the interim works.  Reassuringly, the Council have advised Cllr Brandreth that full works, requiring closure of the bridge, are unlikely to happen before the second half of 2019.

The Hammersmith Bridge Survey is available at: www.hammersmithbridgesurvey.com