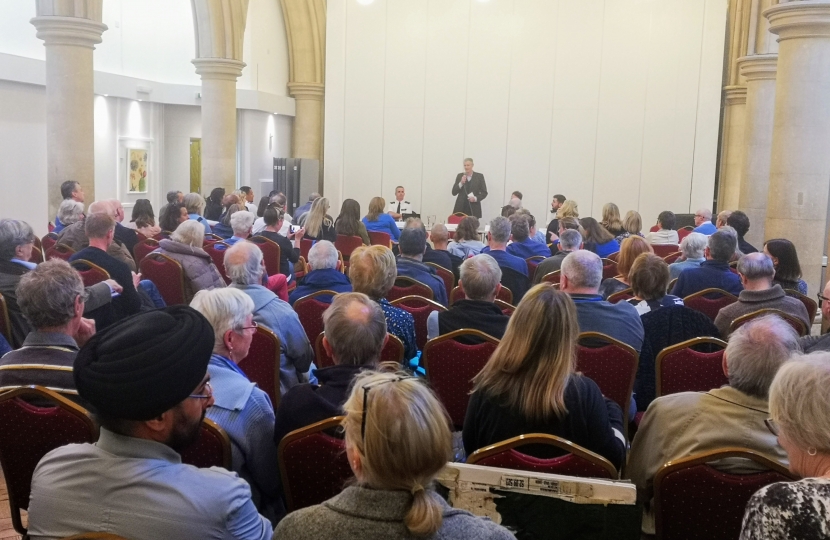 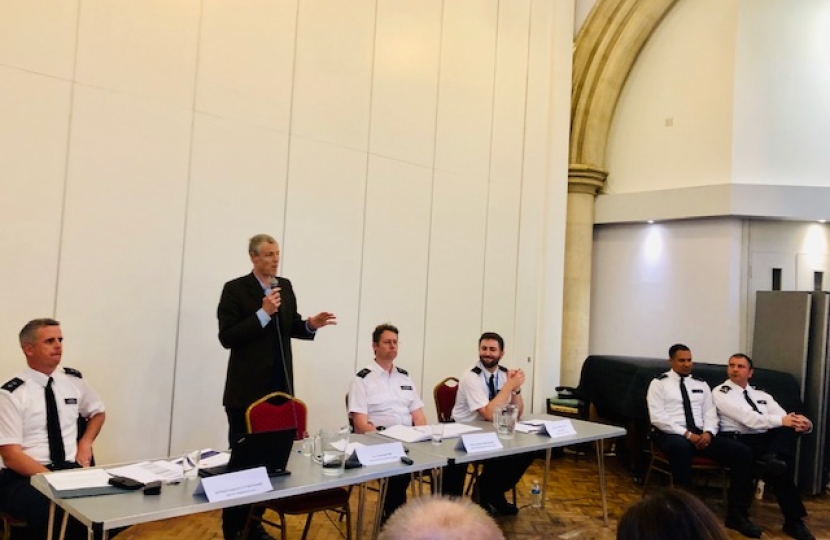 On Thursday 25th April, Zac Goldsmith MP hosted a crime and safety meeting for Kew and North Richmond wards following a range of residents’ concerns regarding an increase in crime in the Old Deer Park and Kew Parade area. Residents were able to put their questions and concerns direct to local police officers.

At the start of the meeting, Acting Chief Inspector Ed McDonagh (SW BCU Neighbourhoods) outlined a few of the key statistics for the local area covering crime and local policing following the introduction of the Basic Command Unit (BUC).

Following the presentation, Zac invited members of the audience to put their questions directly to officers. Concerns were raised around moped crime, burglaries, crime against teenagers and CCTV in the area.

One member of the audience questioned whether police felt they had enough resources following police cuts. It was confirmed that Kew and North Richmond both had a full team, and Police Constable Jordan Wharmsby added that between them they had over 28 years’ experience. He said that the local team have not been foverted elsewhere despite the recent protests in Central London.

On the question of funding, Zac set out how he campaigned to ensure that the Police’s budget was protected from significant potential budget reductions in the 2016 budget. He added that in addition to numerous meetings with Home Secretarties and Ministers, he met the PM in late 2018 to specifically raise the issue of police funding. Zac welcomed the Minister for Policing’s subsequent announcement on the 13th of December 2018 that up to £14 billion will be allocated to the Police in 2019/20 - an increase of up to £970million on last year's funding.

There followed a question from the audience about the use of CCTV in the area. Cllr JF Burford stated that all CCTV across the Borough are working. However PC Wharmsby confirmed that Kew only had 2 cameras installed and that North Richmond has none.

Zac commented that: “Like many local residents, I am hugely concerned about the rise in crime across London and in our borough. Whilst the reasons for this are many and complex, there is no doubt in my mind that the level of police funding and police numbers are playing a significant role. This year’s increase in funding is welcome, but still not enough. I have raised the issue many times directly with Ministers and the Prime Minister and am working with MPs from all Parties across South West London to apply more pressure both to the Mayor of London and the Home Secretary. I have hosted a number of public meetings with the local police in Richmond and Kingston so that residents can hear directly from them and put questions to them. It is vital that local people have confidence in community safety.”