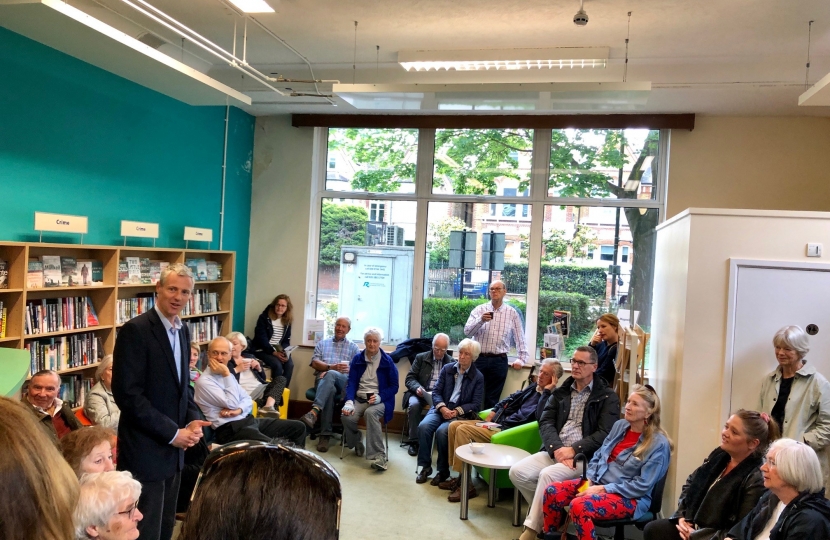 On Friday 7th June, Zac Goldsmith MP hosted a coffee morning in Castelnau Library in Barnes. The meeting was well attended by 25 residents and Zac was joined by Barnes ward Councillors Rita Palmer and Aphra Brandreth, to discuss local issues with residents.

Those in attendance expressed a range of concerns over recent bus route changes introduced by Transport for London following the closure of Hammersmith Bridge, in addition to the repair timeframe to reopen Hammersmith Bridge, local neighbourhood matters and national politics.

Zac Goldsmith, MP for Richmond Park and North Kingston outlined that he would continue to campaign for Hammersmith Bridge to be opened as soon as possible, even if it be a temporary bailey bridge in the meantime, as he recognised the extent its closure affected the residents of the Barnes community.

Cllr Aphra Brandreth also added that at Zac Goldsmith MP’s Hammersmith Bridge Public Meeting (on the 6th June) she highlighted many local residents’ concerns over speedy access to Barnes for emergency services and confirmed this was something TfL would be investigating.