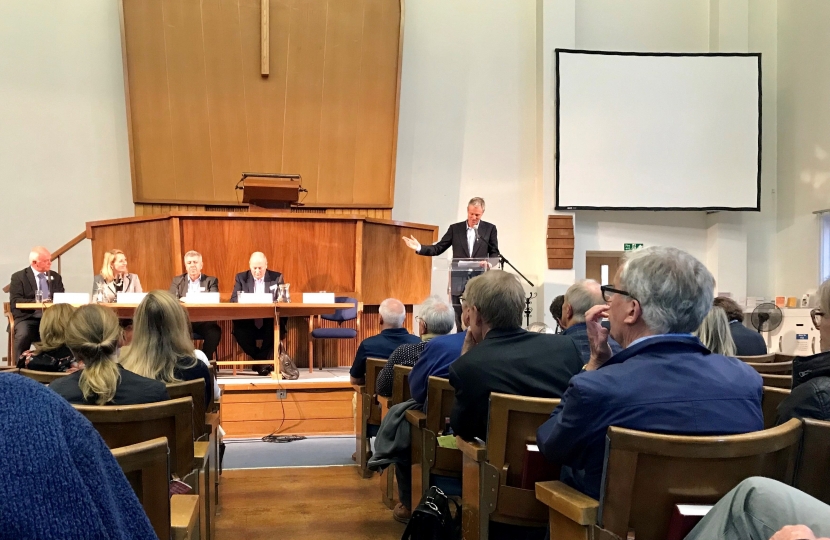 Zac began the public meeting by presenting the interim results from his constituency wide survey of commuters’ experiences to the railway executives in attendance.  In response to constituents’ complaints regarding delays and poor communication, Mr Mellors of South Western Railway recognised that “punctuality is the bedrock of customer satisfaction.”  Mr Mellors asserted that, when problems on the route or the network are identified, railway service providers must “provide customers with an honest appraisal of what the impact upon their journey will be.”

From the audience, Mr Alan Benson, Chair of Transport for All, began the Q&A session by highlighting his experiences, as a railway services user and as a disabled access campaigner.  Mr Benson invited the panellists to accompany him on a journey along a route to experience the rail network in London from his perspective; an invitation which the panelists, led by Ms Lumlock, expressed an intention to accept.  Zac, who has previously travelled the network with Mr Benson, assured the panelists that it was an enlightening experience and requested to join any future trip planned. Additionally, Ms Lumlock announced the excellent news that funding has now been secured to make Barnes Station accessible to all.

The representatives from Network Rail discussed their investment in developing intelligent infrastructure, which has allowed them to intervene on the Wessex Route during the last year on over 500 occasions, preventing faults from causing incidents which would disrupt the network.  Ms Lumlock also announced that Network Rail had doubled their overnight inspection gangs, building upon a 23% reduction in network incidents over the last four years.

Several members of the audience expressed their frustration with the level crossings in the constituency.  Cllr Seamus Joyce, Conservative Councillor for East Sheen, asked the panelists whether it would be possible to utilise some of the Network Rail owned signage at the level crossings to place notices requesting motorists to turn off idle engines whilst waiting at the barriers.  The Network Rail representatives acknowledged the frustration of motorists and other road users affected by level crossings; Ms Lumlock cited the figure that during peak times the barriers can be down for up to 45 minutes in the hour.  The consensus of the audience was that it was key that the staff in the control room, who operate the barriers, were aware of the need to ensure that they are kept down for the minimum amount of time necessary to safely protect the crossings.  Ms Lumlock clarified that controllers are mindful of road users’ frustration and explained that their controllers are required to adhere to a code of conduct, by which they are assessed.  The controllers take into consideration the risk that there is a greater likelihood of road users attempting to circumvent the barriers, the longer the barriers are down.  Additionally, a representative of the Kew Society asked what steps Network Rail would be taking to remove the graffiti vandalism track-side, on the stretch of rail track by Kew Station.  Zac’s team agreed to liaise with the Kew Society and Network Rail to ensure that the graffiti problem is addressed as swiftly as possible.

Mr Pat Hansberry, from TFL, received questions regarding the District Line service to Richmond and concerning changes of destination on Richmond bound trains during the winter months.  Zac echoed the concerns his constituents had raised, particularly when the frequency of Richmond bound District Line trains were discussed, in comparison to the frequency of Ealing Broadway or Wimbledon bound District Line trains.  Mr Hansberry assured the audience that extensive work is being undertaken to update the infrastructure upon which the network is reliant.  TFL and Network Rail confirmed they were working closely to update the network and reduce signal failure; however, they confirmed that the general message to suspend services is issued in the interest of safety, when faults and incidents are identified.

Zac said: “I am grateful to Mr Mellors, Ms Lumlock, Mr Hooker, and Mr Hansberry for coming over to Richmond and listening to my constituents’ experiences and concerns.  The railways affect everyone in our constituency, particularly so with the prevalence of level crossings.  I am reassured that my constituents have been heard and I will continue to work closely with the railway providers to represent the experiences of commuters.  I would also encourage as many as possible to complete my transport survey, the results of which I will be presenting to the Rt. Hon. Chris Grayling MP, Secretary of State for Transport, in order to effectively raise their experiences directly with the Department for Transport.”

Following on from the public meeting, regarding the use of signage at level crossings to discourage idling and display waiting times, Ms Lumlock and Mr Hookers said: “we support using behavioural nudges to raise awareness about rail safety and advising drivers to turn off their engines while waiting to cross the railway.  It is clear this could make a positive difference at our crossings in your constituency.”  Additionally, Network Rail advised that they will be investigating an idea to “advertise the average wait time to drivers, or to display the average barrier downtime on the hour during the morning and evening service peaks,” as a result of the points raised at the transport meeting at Duke Street Church.

Mr Jason Bridges, Chief Operating Officer for the Wessex Route, also advised that following the end of the current bird nesting period, Network Rail would recommence their vegetation management work, to ready the railways for the autumn and winter and prevent falling trees impacting services. 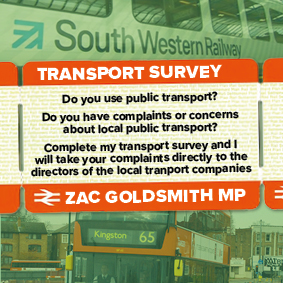 Our economy is thriving and, locally, we we have one of the highest job creation rates in the UK. I will continue to do all I can to make sure that Richmond and Kingston are the best areas of London for new businesses to invest and for existing businesses to flourish.