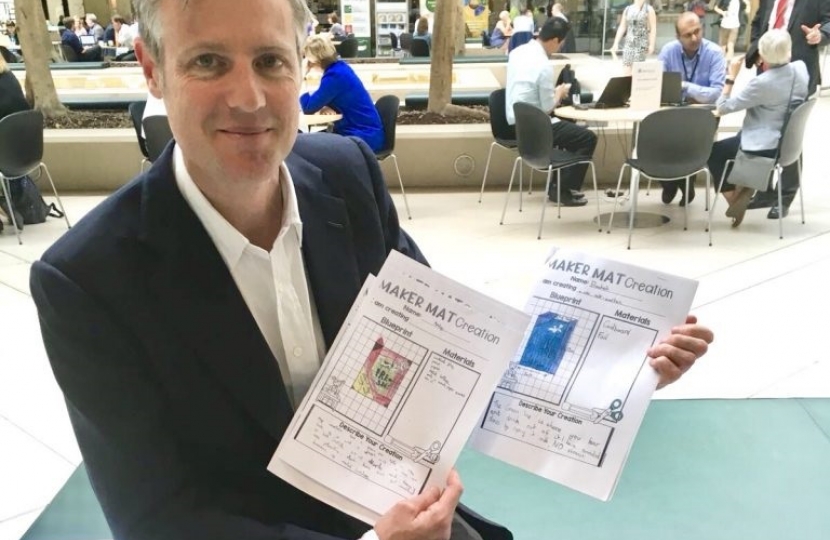 Zac Goldsmith MP addressed the assembly at the Russell School on 21 June, and heard directly from the pupils about their campaign to reduce plastic waste at the school.

Year 3 students at the school had sent almost 1,500 plastic straws to Zac to illustrate the sheer quantity of waste unwittingly generated by schools. The students also sent Zac hand-drawn plans for milk cartons that do not require the use of straws along with a letter they asked Zac to hand to Prime Minister Theresa May.

Zac Goldsmith said: “It was exhilarating to see the passion of Russell school pupils about the environment, and to hear about their plans to campaign against plastic pollution. I took their letter and drawings to the Prime Minister, and invited Year 3 to Parliament for a tour.”

The pupils later met Zac in Parliament where he handed them a letter from the Prime Minister, praising them for their work and outlining steps being taken by Government to tackle the plastic problem.

In her letter, the Prime Minister said: “I agree that the plastic and rubbish in our oceans is a major issue, not just for us, but for the whole world. I am very pleased that you have taken the time to write to me to share your worries, and that you are doing what you can to help.”