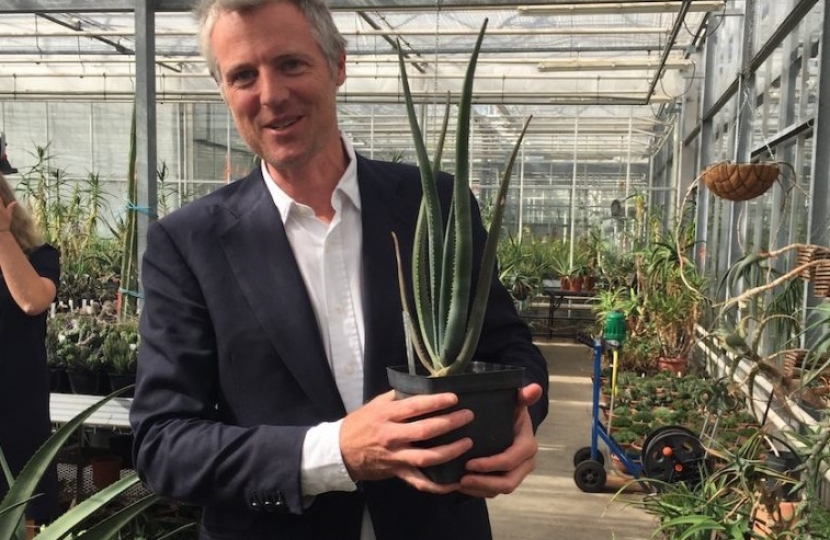 Last month, Zac was appointed as the Government’s champion for the Illegal Wildlife Trade (IWT) conference that is being hosted in London in October, and he has spent recent weeks meeting NGOs, campaigners, and government figures to influence the conference’s agenda and ensure that it makes a real difference to stopping the illegal trade in wildlife products and the destruction of iconic species and ecosystems.

His visit to Kew began with a briefing from their resident experts Clive Hayter, Sonia Dhanda and Bente Klitgaard to hear about Kew’s world-leading work in protecting plant species and advising the Government on which plants should be categorised for special protection under the Convention on International Trade in Endangered Species of Wild Fauna and Flora (CITES). This was followed by a tour around Kew’s Tropical Nursery, including a chance to see the rare Café Marron tree from Rodrigues Island in the Indian Ocean – this had been thought extinct but one was found in the 1970s and cuttings were sent to Kew to ensure its survival.

Commenting on his visit, Zac said: “It is one of the great pleasures of being this area’s Member of Parliament to be able to represent Kew Gardens – one of the greatest scientific gems in the world. I was delighted to hear about yet more brilliant work that Kew is doing to protect the world’s plants, and I will be doing all I can to make sure that October’s IWT conference makes a positive difference not just to great animal species but for plants too.” 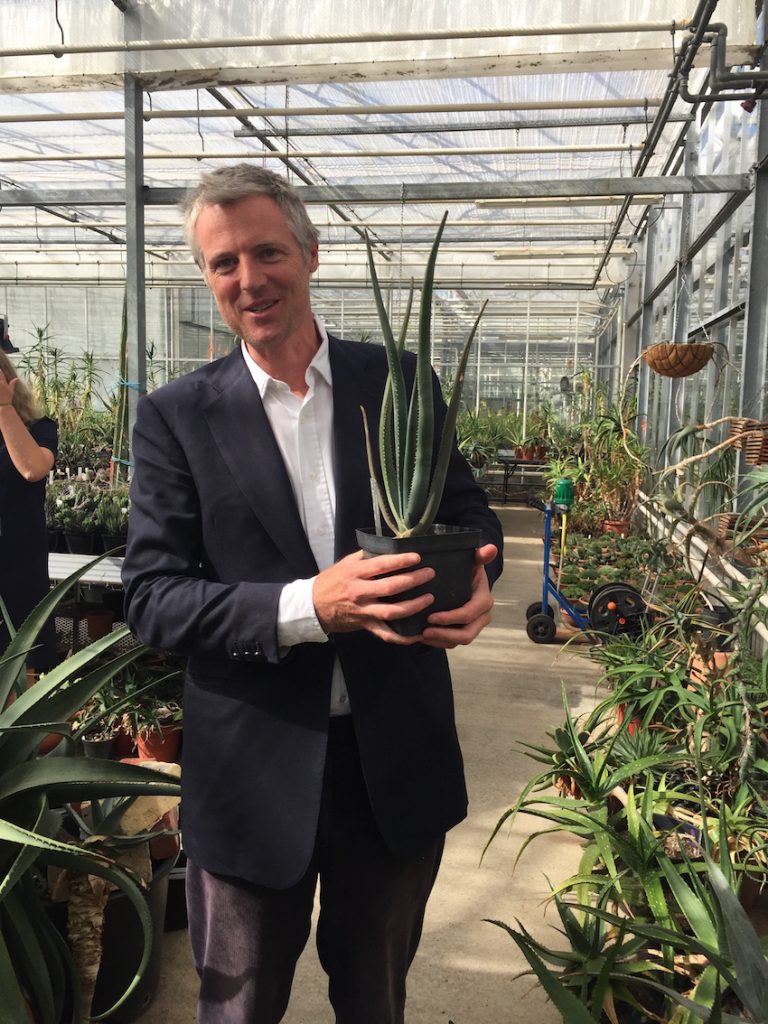 The Environment and Wildlife Conservation