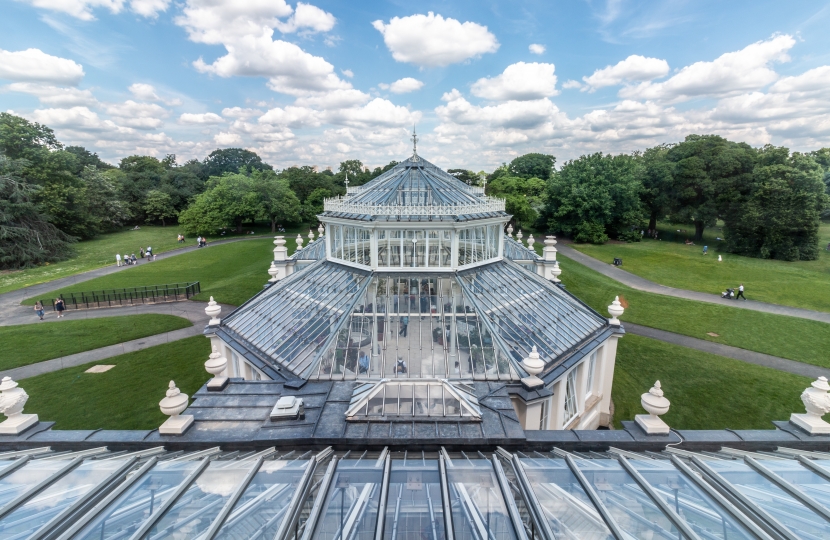 Kew Gardens could be in line for a £40m boost to its finances, as the Government announced it would bring in a bill to reform the way leases work on Kew’s land.

The Kew Gardens (Leases) Bill has been promoted in Parliament for the last year by Richmond Park and North Kingston MP Zac Goldsmith, whose constituency covers Kew, but it has been repeatedly blocked from progressing due to arcane parliamentary procedures. Environment Ministers have now introduced the bill as their own in the House of Lords, which will guarantee it receives time for debate in order to become law.

Under the provisions of the bill, the trustees of Kew Gardens would be able to lease buildings on its estate for 150 years rather than 31 years as at present. This would be an opportunity to raise a considerable amount of extra revenue for the UNESCO world heritage site, and would not affect the core buildings on Kew Gardens’ site.

Commenting Zac said: “I am immensely proud to represent Kew Gardens in Parliament – it is a scientific and environmental jewel that needs to be defended and enhanced at every opportunity. I am delighted that the Government had agreed to take forward the Kew Gardens Bill I’ve been backing in Parliament, and I will be doing all I can to help it become law.”