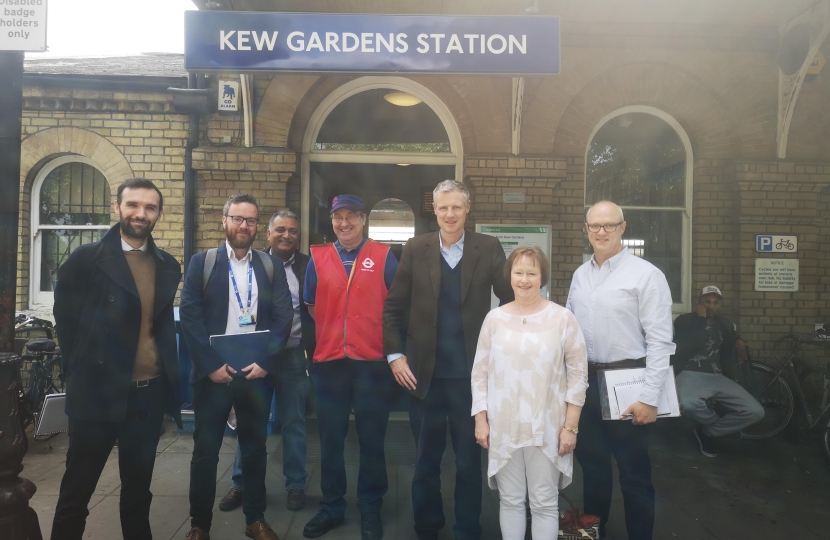 The Kew Society has received Community Fund money to support a feasibility study for disabled access facilities at Kew Gardens Station.  This funding has come from an application from the Kew society following a meeting organised last May by Zac Goldsmith MP with the Kew Society, Network Rail and TfL to discuss how to make Kew Gardens Station more accessible.

In April, it was announced that Kew Gardens Station had been unsuccessful in securing funding to improve the station’s accessibility in the Control Period 6, Access for All Programme. Later reports indicated that this was due to both platforms at Kew being considered to be relatively accessible already in comparison to other stations. However, the lack of step free access between the tracks remains a key issue for many commuters using Kew Gardens Station.

Zac Goldsmith said: “I will continue to work with the Kew Society, Network Rail, TfL to make the case for further funding to make Kew fully accessible, as we successfully did at Barnes Station.  But for now, I am delighted that the Kew Society has received this funding following on from our meeting last May.”