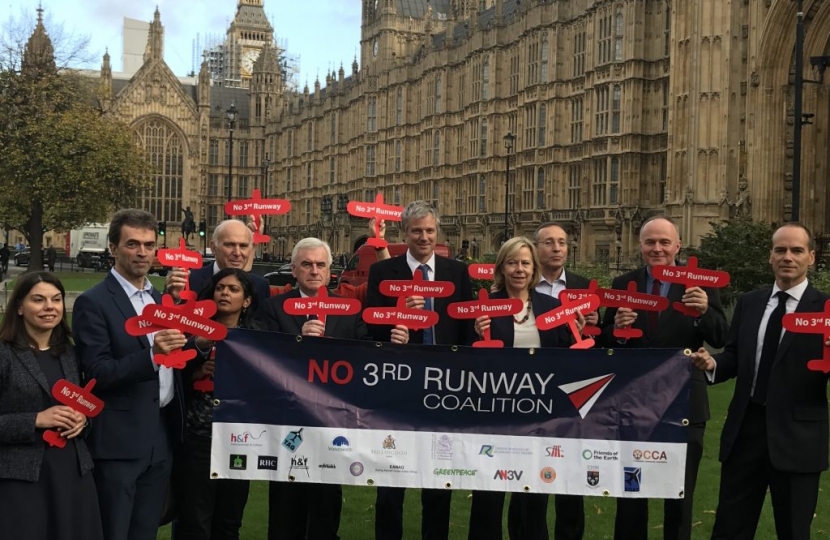 Marking the first anniversary of the government’s decision to “accept the recommendation of the Airports Commission” to expand Heathrow, 700 model planes were planted in public places around London and beyond, this morning, to highlight the 700 extra daily flights that would overfly communities were Heathrow to expand (1).

The events come as the Government prepares to launch a further round of public consultations on the proposal to build a 3rd Runway at Heathrow, on this occasion in respect of Air Quality and updated Passenger Number Forecasts(3).

Were the proposal to secure parliamentary backing – far from certain with many Conservative MPs implacably opposed (including Foreign Secretary, Boris Johnson and Education Secretary, Justine Greening) and Labour now indicating opposition – a coalition of London Councils have promised to challenge the proposal in the courts (4).

“Almost all aspects of the Airports Commission report, on which the government’s decision was based, have been fatally undermined; whether in relation to the economic benefits, connectivity, or air pollution. This project will cost the taxpayer billions, make Europe’s noisiest and most polluting airport even noisier and more polluting, and will deliver just 7 additional long haul routes. It is hard to think of any other major project where the benefits are so utterly dwarfed by the costs.”

Paul McGuinness, Chair of the No 3rd Runway Coalition, said:

“We’re a fast growing movement, made up of communities and councils who are all horrified that this already highly disruptive airport could be expanded, quite knowingly, over the most densely populated residential region in the country. And horrified that the government has even considered succumbing to the shameless, no expenses spared browbeating of Heathrow, as the airport pursues its own narrow, financial self interest” (5)

Continuing to Champion the Fight Against Heathrow Expansion

As chair of the All-Party Group, I am building alliances across Parliament. I have set up a powerful new Coalition Against Heathrow Expansion, bringing together all the key campaigners.